Matthew Joy, has been an active performer and composer for decades recording and performing in Boston, New York and Nashville as well as touring the U.S., Canada, U.K. and Europe. His guitar playing and composing styles come from a cross-breeding of jazz, folk, Latin and classical music wherein Matthew maintains a personal style that functions as an equilibrium between avant-garde and structure, primitive and scholarly, historical and modernity. Matthew is currently based in West Palm Beach, Florida. He works as a freelance editor and composer/arranger for various FJH Company's guitar pedagogy selections. You can find him performing at venues including the Kravis Center, Norton Museum of Art, DADA, Voltaire’s as well as private functions and events.

In addition to performing and composing, Matthew is a veteran music educator. He is an adjunct professor at Florida Atlantic University and maintains a roster of private students. 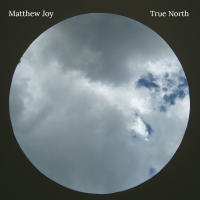 All About Jazz musician pages are maintained by musicians, publicists and trusted members like you. Interested? Tell us why you would like to improve the Matthew Joy musician page.