Matthew Shell (also known as MTS), is a music producer and engineer. Based in Washington DC, his versatile production style spans genres as wide as jazz and rock, to RnB and soul. Matthew writes and produces music released as solo productions under his own name, as well as for other bands and solo artists. He is the founder and CEO of publishing house and record label MTS Music.

Shell’s work on the production for Marcus Johnson’s album Flo: Chill reached #7 on Billboard Top Contemporary Jazz Chart in 2009. Later that year he worked as the engineer on O.A.R.’s album Rain or Shine that reached #5 on the Independent Albums Chart and also #7 on the US Alternative Albums Chart. In 2011, his work on Grammy Nominee Carolyn Malachi’s Beautiful Dreamer was featured on FOX 5 DC Morning News.

Shell’s career as a Recording Artist took off in 2012 when “Freedom”, his collaboration with Trey Eley was launched by the Recording Academy via a Worldwide Exclusive First Listen at GRAMMY.com in 2012. The album was also featured as one of Generation Bass’ Top Albums for 2012.

​In 2013, Shell collaborated with Arun Shenoy on “Genesis”, a jazz instrumental which received massive airplay as the lead single on the full length album, “Victorious”. The video for “Genesis” was released via Steven Slate's youtube channel in a cross- promotion for the Raven MTX multi-touch control surface.

In 2014, Shell released a single “My Baby” in association with DJ Flexx. The song featuring the vocal talents of IhsAn Bilal, Honore’ & D.C. Don Juan was a song Shell co-wrote and produced for his wife, Terra.

Shell released his follow-up to Victorious in 2015 titled “Spiritual Relationship: The Deeper Meaning”. The music on the album was conceived over a 15 year period. During this process, over 200 songs were created and scratched before this final version of 11 songs were picked to be recorded and release as part of this project. Shell’s wife, Terra, inspired the completion of this concept album which goes from two destined souls being alone, to meeting, to growing in love, to protecting each other, to finding true love that lasts a lifetime.

Shell's upcoming 2017 album project “First Light” will be an hour long continuous jazz experience with 17 key changes, 20 tempo changes, but no gaps in the music performance.

Read more articles
“Title: GRAMMY.com Exclusive First Listen: Trey Eley And Matthew Shell — Quote: Jazz duo debuts new song “Twilight” featuring Greg Adams from new album Freedom only on GRAMMY.com...Hailing from Washington, D.C., Shell is currently based in Vienna, Va., where he works as a producer at Assembly Line Studios. He has produced artists such as Marcus Johnson and Carolyn Malachi and engineered for artists such as O.A.R., among others. More recently, Shell produced/mixed the forthcoming collaborative jazz album Freedom.”

“Title: Matthew Shell: Engineering Success — Quote: It’s not often that you hear about the engineers that make the magic happen in the studio

“Title: GRAMMY.com Exclusive First Listen: Trey Eley And Matthew Shell — Quote: Jazz duo debuts new song “Twilight” featuring Greg Adams from new album Freedom only on GRAMMY.com...Hailing from Washington, D.C., Shell is currently based in Vienna, Va., where he works as a producer at Assembly Line Studios. He has produced artists such as Marcus Johnson and Carolyn Malachi and engineered for artists such as O.A.R., among others. More recently, Shell produced/mixed the forthcoming collaborative jazz album Freedom.”

“Title: Matthew Shell: Engineering Success — Quote: It’s not often that you hear about the engineers that make the magic happen in the studio. Yet, recently Generation Bass ran an interview with Matthew Shell, an engineer and producer based out of Washington DC who has been behind some truly unique and creative projects. His sensibilities range, but have a strong center in jazz and R&B. With that, Shell has blossomed into quite an amazing producer. Check out his story and a sampling of tracks he has worked on over at Generation Bass.” Eric Sandler/The Revivalist - (OkayPlayer.com)

“SiriusXM Radio Interview on the Maggie Linton Show — Quote: We begin this with a couple of people following their passion for music. Matthew Shell, aka MTS, is a music producer and engineer and is founder and CEO of the publishing house and record label MTS Music. IhsAn Bilal is a vocal artist and writer...Her album T.E.A.L. hit the iTunes hot 200 for R&B.” Maggie Linton - (Maggie Linton Show on SiriusXM Radio)

“Matthew Shell – Spiritual Relationship: The Deeper Meaning — Quote: This album showcases much of the incredibly gifted musical artists that Matthew Shell has written for and produced over the past few years. It shows his diversity as a producer, writer and musician... With songs like “My Baby” and the soundtrack song ”Crime Never Sleeps”, “Spiritual Relationship: The Deeper Meaning” is truly a powerful work of musical art that fills me with euphoria and comforts me.” John Newell aka El Guero Unico - (The Global Bass Experience)

“Matthew Shell Drops A Sonic Beauty — Quote: Virginia based musician and producer Matthew Shell has recently released a new album, “Spiritual Relationship: The Deeper Meaning“, and it is beautiful from start to finish. It is evident when listening to the project that countless hours were put into each track. With crisp and clear sound quality, beautiful arrangements and instrumentation, Matt takes the album in a number of musical directions.” Brian Delaney - (RockDaFuqOut) 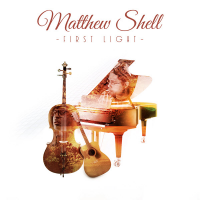 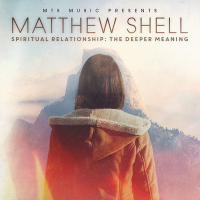 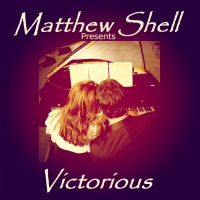 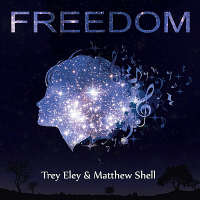 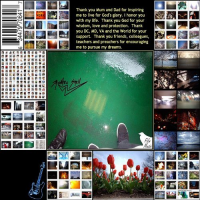 All About Jazz musician pages are maintained by musicians, publicists and trusted members like you. Interested? Tell us why you would like to improve the Matthew Shell musician page.