Born in Los Angeles and raised in Venice and Santa Monica, California, Matthew Silberman has been around music his entire life. Since being in utero he was attending his mother's opera performances.

Silberman began his formal musical training at age 6, taking piano lessons. After a few years his interest in the piano waned, only to be supplanted by the clarinet at 9.

The summer of his 13th year, his father introduced him to the music of Charlie Parker. Although he had been listening to jazz for years since “borrowing” his dad's “Art Blakey and the Jazz Messengers with Thelonious Monk” album, it was Bird who created the desire in him to learn to play jazz. At the suggestion of his mother, Matthew Silberman took home one of his school's alto saxophones, and taught himself to play it.

After several months he began studying with Bill Green during the L.A. great's twilight. Two years later, Matthew started attending the prestigious Los Angeles County High School for the Arts. He honed his skills playing in the big band and combo, and spending hours and hours in the practice room. It was during this period that Matthew also began composing.

Going to jam sessions, taking private lessons with Jeff Clayton and Ben Wendel, and performing as a member of the L.A. Multi-School Jazz Band were invaluable to his musical development. After taking a year off to practice and gig, Silberman moved to New York City to attend the New School University Jazz and Contemporary Music Program, from which he graduated in December 2004.

He currently resides in Brooklyn, NY, and plays with many groups as well as doing freelance gigs and recording. Matthew leads his own bands, and is a member of Merry Poppins, Receiver, and The Prigs. He also frequently callaborates with Fisticuffs, Via Audio, Brian Bonz, Krystle Warren, and Inlets.

"This is Our Music" Series Returns to Brooklyn on May 14 with...

I've taught privately for 10 years. I've taught Pre-K through 8th Grade music for 4 years. I'm available for private lessons, scheduling TBD, at $50/hr, or $40/hr if the student comes to my house.

I'm available for clinics on saxophone technique, improvisation and composition. 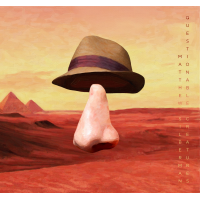 All About Jazz musician pages are maintained by musicians, publicists and trusted members like you. Interested? Tell us why you would like to improve the Matthew Silberman musician page.