Matthieu Bordenave is a French saxophonist and clarinetist, who is currently based in Munich, Germany. Born in 1983 in Southern France, he began his early musical studies with classical saxophonist Christian Charnay and Jazz with Thierry Girault in Annecy, before he moved to Paris at the age of 17 where he worked Jazz Saxophone with André Villéger. He entered the national conservatory (CNSM), studying in its department of jazz and improvised music. His workshops teachers in Paris included: Chris Potter, Louis Sclavis, Paolo Fresu, Marc Johnson and renowned bass-clarinetists Jean-Marc Volta and Philippe-Olivier Deveaux. His musical education continued at the Musikhochschule of Munich where he graduated with a Master of Music, he also received the DAAD Prize as best foreign student.

2014 brings us the release of his first CD with the trio „Le Café Bleu International“, “plays Edith Piaf” on tradition label Enja records.

2015, he releases his first CD in Quintet with the American guitarist Geoff Goodmam: “Inverted Forest” on Doublemoon Records.

On November 2017, he released his new quartet project “Grand Angle” with the CD Titel “Terre de Sienne” on Enja Records as well.

On February 2018, he made his debut on the legendary label ECM Records with the Shinya Fukumori trio.

Since 2009, he teaches at the Landshut Music Conservatory jazz saxophone.

He additionally teach since 2015 classical clarinet at the Sankt Godehart Music High School.

From 2012 to 2014 he was assistant from Prof Claus Reichstaller for Jazz Harmony at the University for Music and performing Art Munich. 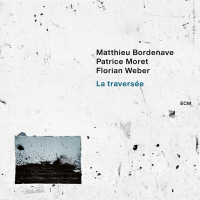 All About Jazz musician pages are maintained by musicians, publicists and trusted members like you. Interested? Tell us why you would like to improve the Matthieu Bordenave musician page.