Since moving back to Seattle in 2002 after 10 years in New York City, Matt Jorgensen has been active in all aspects of the Seattle jazz scene. He has recorded four CDs with his group Matt Jorgensen +451 for Origin Records, and has toured extensively from New York to LA and in 2003 picked up an award for “Best Acoustic Jazz Group” by Earshot Jazz.

As a sideman he is frequently called on by an impressive list of musicians including Peter Bernstein, Eric Alexander, Bill Mays, Vincent Herring, George Colligan, Reggie Workman, Tim Ries, Chuck Leavell and others.

Matt is also a founder and co-Artistic Director of the Ballard Jazz Festival and has produced jazz concerts in association with Bumbershoot and others.

Jorgensen's new CD, Tattooed by Passion, is inspired by the paintings of his late father-in-law, the prominent abstract-impressionist artist Dale Chisman. Jorgensen has created a recording of all original works drawing influence directly from Chisman paintings, his home city of Denver, his life-long friends, and his constant reinvention as an artist. To properly reflect the power and expanse of Chisman's pieces, Jorgensen, along with his longtime collaborators - trumpeter Thomas Marriott and saxophonist Mark Taylor - expands his own palette from previous recordings, exploring broad new textures and musical landscapes aided by Corey Christiansen's earthy guitar work, bassist Dave Captein, and orchestrations for string quartet.

Celebrate the End of the World Next Friday at Tula's

Drummer Matt Jorgensen Interviewed at All About Jazz

Announcing the Winners of the "Origin Records - 2-CD" Giveaway

Video: The Making of Matt Jorgensen's "Tattooed by Passion"

”With Another Morning (Origin), Matt Jorgensen+451 continue their pathbreaking combination of jazz, rock, and funk, all without succumbing to the excesses of yore: aimless solos, straitjacketed arrangements, and second-rate riffs.” —THE STRANGER

“Matt Jorgensen's 451 has succeeded in creating a hip, thoughtful, emotional and sincere jazz recording. A rare and promising combination for jazz in the 21st Century.” —EARSHOT JAZZ MAGAZINE

“Their live performances are at times stunning — supertight and driving.” —EARSHOT JAZZ MAGAZINE

“Quiet Silence is one of the freshest, hippest, most lyrical and beautiful records I've heard all year.” —STEVE SILBERMAN, WIRED MAGAZINE

“No one playing in this format—with the exception of perhaps Vijay Iyer—has crafted a more distinctive jazz identity.” - ALL ABOUT JAZZ

In addition to performing, Matt Jorgensen is a principle at Origin Records (which includes additional imprints OA2 Records and Origin Classical), founder of the Ballard Jazz Festival and produces audio and video podcasts. He frequently is a guest speaker on Music Business and New Technology topics worldwide. Topics include: - Record Label deals and models - Building your audience - Online and Physical Distribution - Concert Production - Extensive Q&A 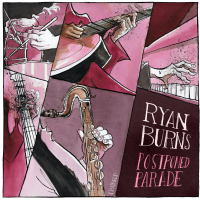 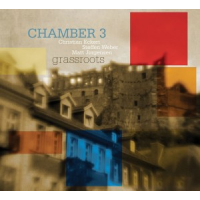 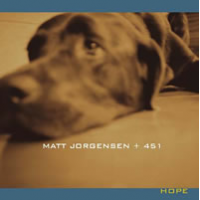 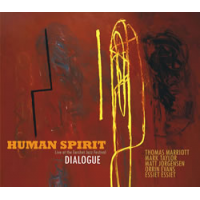 All About Jazz musician pages are maintained by musicians, publicists and trusted members like you. Interested? Tell us why you would like to improve the Matt Jorgensen musician page.