Matt Smiley is a bassist, composer and educator who has performed in a variety of musical settings over the last fifteen years. He has a bachelor’s degree in music industry with a jazz studies minor from James Madison University, and a master’s of music in jazz studies from the University of Northern Colorado. An avid and enthusiastic musician, Smiley has performed both nationally and internationally at universities throughout the country, and the Montreux, North Sea, and Montreal Jazz Festivals. Currently Matt resides in Fort Collins, Colorado, where he plays jazz weekly with the Subterraneans at Ace Gillett’s. He has recently performed with legendary jazz musicians Terrell Stafford and Greg Osby, and worked with composer Alvin Lucier. For the last five years, Matt has assisted Dr. Paul Elwood with the University of Northern Colorado’s Open Space Music Festival and worked with festival artists Stephen Drury, Christian Wolff and Jean-Claude Risset. Matt released Quartet Art on the Dazzle label in 2011 featuring David Pope on saxophone. Peaceful Contact Proved Elusive, with guitarist Alex Nauman, followed in 2014 as a limited edition vinyl. Matt is featured on several Dazzle releases including those by artists Josh Quinlan, Annie Booth and Ryan Fourt. www.mattsmiley.bandcamp.com 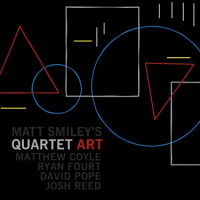 All About Jazz musician pages are maintained by musicians, publicists and trusted members like you. Interested? Tell us why you would like to improve the Matt Smiley musician page.