Ronny Laws, Jennifer Holiday, Freddy Jackson, Larry Coryell, Barney Kessel and many others. In 1991 the group signed with New York label, Warlock Records and released the EXPRESSIONS CD. After a nearly ten-year stint, “After Five” would ultimately disband.

As the early 90’s unfolded, Maurice found himself at the helm of a unique industry as co-founder of D’Leco Acoustic Instruments with luthier / partner James W. Dale. The two built and marketed handcrafted archtop guitars.

After a chance encounter with the daughter of legendary Jazz great, Charlie Christian they designed and licensed two exclusive lines of Charlie Christian guitar models to American manufacturer, Gibson Guitars and Samick Musical Instruments in Korea.

Between 1996 and 2003 Maurice authored three nationally published music related books with Mel Bay Publishing, Mix Books and Artist Pro Press. During this time he would develop the popular windows based, Gigorama software.

Today, Maurice’s focus has turned back to his love of music with the recent release of his “Tonight” CD, and is currently producing under the artist- owned, Jazz Drops Records labe 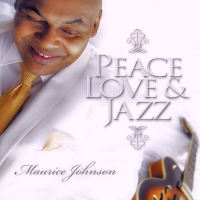 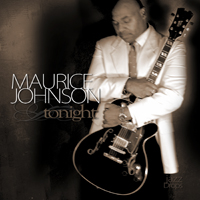 All About Jazz musician pages are maintained by musicians, publicists and trusted members like you. Interested? Tell us why you would like to improve the Maurice Johnson musician page.