Mavis Pan was born in Taiwan where she started taking piano lessons at the age of four, attending the Stella Matutina Girls School, where she was enrolled in the prestigious Specialized Music program. Ms. Pan received rigorous training in piano, voice, music theory, and ear training until the family immigrated to the United States, New Jersey. There she studied privately with Sherry Fan, performed with the high school big band and choir groups, and won “Best Accompanist” at the High School Choral Festival competition in 1996. Upon her high school graduation, she gave a debut solo piano recital at Westminster College of the Arts at Rider University.

As an undergraduate, majoring in jazz piano performance at New York University, Ms. Pan studied jazz piano with Don Friedman, Frank Kimbrough, and Pete Malinverni, classical piano with Fabio Gardenal, and jazz vocal with Ann Phillips. She sang with the five times Grammy Award-winning Brooklyn Tabernacle Choir, and continued her studies at Columbia University, where she studied conducting and voice with Dino Anagnost while earning a Master’s Degree in Music & Music Education.

Ms. Pan was a finalist in the YPMP/CACA piano competition and has performed in Carnegie Hall’s Weill Recital Hall, Lincoln Center’s David H Koch, and the Alice Tully Hall and Symphony Space. She has also performed at the Opening Night Gala of the Asian Nights celebration at Shea Stadium.

A composer, pianist, conductor, and vocalist Ms. Pan has performed her own original works, including but not limited to orchestral, choral, jazz, chamber music, and solo instrumental and vocal works across the United States, Europe, Middle East and Asia. She was the composer-in-residence and choir director at Emmanuel Presbyterian Church in New York for five years. There she premiered numerous new works with the choir and chamber orchestras. Her choral work, “A Christmas Carol” was recorded by the Kiev Philharmonic Symphony, under the ERM label, available on Amazon.com.

After Ms. Pan made her debut Jazz album “On My Way Home” in 2010, she spent a year in Shanghai performing and teaching. Students from all over China participated in the Jazz Intensive Music Camp in Shanghai, where she served as a Jazz piano instructor and translator for Master Classes. Her second Piano Solo album “Not Alone” was released December of 2016 and was distributed both in U.S.A and China.

Graduating summa cum laude Ms. Pan earned a Master’s degree in Musical Composition from Brooklyn College Conservatory of Music studying under renown contemporary classical composers Tania Leon and Dalit Warshaw. She was given two composition awards, Morton Feldman and Miriam Gideon, by the conservatory and was selected to be on the Dean’s list upon graduation. She has performed and arranged for The Asian Cultural Symphony of the USA under the baton of Mr. Fei Fang. Her latest album “Set for Love”, in collaboration with lyricist David Keyes and produced by Ulysses Owens Jr., is featuring 12 original Jazz love songs and will be released on Valentine's Day 2019 on m iTunes and other major distribution.​

In addition to Ms. Pan's musical life, she has also obtained a M.A. degree in Urban Ministry at Westminster Theological Seminary and is currently the choir director at the Church of Grace to Fujianese, Lower Eastside Manhattan. Show less

Born in Taiwan but spending the last 13 years in New York, Pan is caught between two worlds on “On My Way Home,” echoing both the cultured tastes of her Asian heritage and the frantic energy of inner-city life in Harlem. It’s a thrilling and endlessly fascinating combination; a yin and yang marriage that often yields explosive results. Leslie Connors, JAZZTIMES 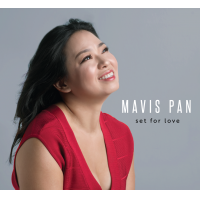 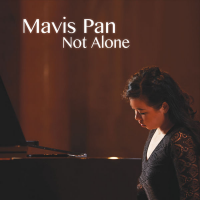 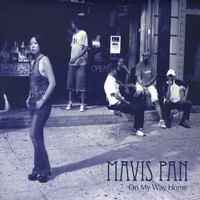 On My Way Home

All About Jazz musician pages are maintained by musicians, publicists and trusted members like you. Interested? Tell us why you would like to improve the Mavis Pan musician page.