Bulgarian born Maya Nova is a soulful jazz vocalist, educator and songwriter, whose career has brought her around the world, between Europe, Asia and USA.

After earning her BA Degree at the Popular Music Department of National Music Academy, Bulgaria, she pursued the live music stage with several leading jazz and funk groups. Appearances at Sofia Jazz Fall Festival with her Jazz Quartet and the popular TV program “Todor Kolev's Night Show” with National Music Academy Big Band followed shortly. Nova was also a finalist at two Voice Competitions for young talents: “Golden Orpheus” and “Star Moments”, where she performed with the Bulgarian National Radio Big Band. In 1998, Nova moved on to tour Europe: Denmark, Norway, England, Cypress and in 2002 she moved to Singapore.

Making the vibrant island her second home, she established herself as one of the sought after jazz vocalists, appearing at concerts, festivals and events at Esplanade Theaters of The Bay, Chjimes, South Bridge Jazz Club, Singjazz Club, Marina Bay Sands, Resort World, Sentosa just to name a few. She has also performed in Kuala Lumpur ( Malaysia), New Delhi (India), Shanghai (China), Seoul (South Korea), Hanoi (Vietnam). Since 2008, Nova has been on the faculty of the Contemporary Music Performance Department of LaSalle College of The Arts as an adjunct voice lecturer. In 2009, Nova was a semi-finalist of the famed Shure Montreux Jazz Voice Competition at the 43rd Montreux Jazz Festival in Switzerland.

2010 saw the release of her debut album “Open” with a concert at the Late Nite Show series at Esplanade Recital Hall, Singapore. In 2011 she performed with her jazz quartet at Bansko International Jazz Festival (Bulgaria) and Nisville Jazz Festival (Serbia) in collaboration with the renowned American saxophonist Rick Margitza.

Her second album entitled “Days” consisting of her original compositions and co- produced with pianist and arranger John Di Martino was recorded in New York with her trio and released digitally in July 2015, followed by live concert-presentations in Singapore, New York, Bulgaria and Vietnam.

Maya Nova continues to tour between the three continents as a performer, teacher and songwriter. Show less

Read more articles
”Open, her debut recording, sees Nova wrapping her vocal chords around a selection of mostly standards, extracting the most out of familiar tunes with her surprising vocal range and uninhibited improvisations. ~ Ian Patterson's review of “Open”at allaboutjazz.com

“Nova parlays her international experiences into some well-crafted, almost slick performances that are completely ready of consumption, consideration and artistic digestion...that thing that makes us all better.” ~ C. Michael Bailey review of “Days” at allaboutjazz.com 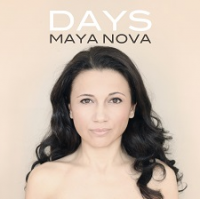 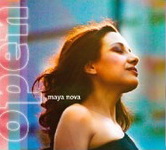 All About Jazz musician pages are maintained by musicians, publicists and trusted members like you. Interested? Tell us why you would like to improve the Maya Nova musician page.