Electric NHIC evolved from the high energy avant-funk of Mayhem Circus Electric, a signature grouping of the New Haven Improvisers Collective. MCE's well-received CD, Lubricity, was praised by the New Haven Advocate for its tight post funk grooves and called fun and relentlessly heavy creative jazz by Cadence magazine. Gapplegate Music compared it to Electric Miles Davis with the jagged angularity of classic Captain Beefheart and an obvious sense of fun. In support of Lubricity, MCE took the music to rock clubs like Toads Place, and festivals around New England in addition to top jazz and new music venues like Firehouse12 and the Buttonwood Tree. The group's members come from various creative backgrounds and the music's focus naturally expanded beyond the initial high energy stomp. New tunes crept in as the group took a broader view incorporating electronica, progressive rock, moody modal melody and laid back electric jazz. The Circus and the Mayhem became only part of the story, so the band adopted the name Electric NHIC.

The group was formed by members of the New Haven Improvisers Collective who were interested in keeping the experimental, forward looking focus of that group, but channeling it through more direct sound. Mayhem Circus Electric takes chances in an aggressive musical exploration, but always gives you something to hold onto: sometimes a theme, sometimes just a strand of tonality, always interesting rhythms. Just when it seems like things might get all abstract on you, the band takes you to a higher level of avant groove.

The New Haven Improvisers Collective formed in 2005 nd remains one of the focal points of a thriving improvised and experimental music scene here in New Haven, CT. The Collective now numbers more than 50 members and was featured in the New York Times last fall (11/1/09) along with several local publications. It holds monthly workshops, sponsors performances of various combinations of NHIC members and hosts visiting jazz and new music ensembles.

Lubricity has conceptual flair and group dynamic heft... I say bravo to all that! —Grego Applegate Edwards

It’s a wonder that these voices aren’t usually heard outside of New Haven environs. —Signal to Noise Magazine 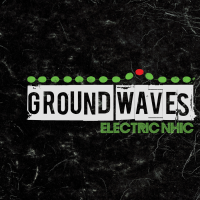 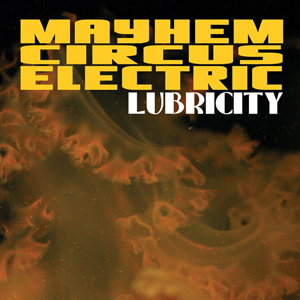 All About Jazz musician pages are maintained by musicians, publicists and trusted members like you. Interested? Tell us why you would like to improve the Electric NHIC musician page.