Maziyar Khavajiyan AKA Amoo Mazz (Born on August 21, 1986) is an Iranian bass player, singer-songwriter, art director & music producer. He did start his career on 2005 as a photographer & session musician in Pop music scene & he was former member of alternative rock bands Majid Kazemi & Comment Band. He released his first E.P named “Fana” (Annihilation) based on mystical concepts of the “Sufism” in 2012. In 2015, he created #Tehran Band, the electronic-urban duet project in collaborating with the sound engineer & record producer Mrz.Asghari (WoolWave) which they have released two studio albums. After leaving Iran on 2009 Maziyar attended Cultural Center of University Malaya in Kuala Lumpur, MY & he performed in several music festivals as a fusion jazz artist between 2010 to 2014. In addition to his music career, Maziyar brought up a new art direction line with the folk/soul singer-songwriter Jalil Shoaa & also he appeared in Soheil Nafisi 's last debut LP “New Design”.

Bass maziyarkhavajiyan Music Industry Music Producer Electric Bass
“Fanaa is a kind of review for me, a journal and a conclusion. My quick look through the concepts and elements of classical music those I heard in my child hood to Sufi music, ethnic songs, Hindu and Buddhist Chants and also Gamelan as my newest influence” ~ Maziyar 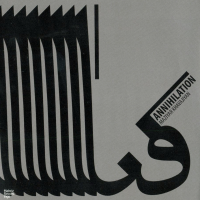 All About Jazz musician pages are maintained by musicians, publicists and trusted members like you. Interested? Tell us why you would like to improve the Maziyar Khavajiyan musician page.