It is not an overstatement to say that modern jazz has been shaped by the music of McCoy Tyner. His blues-based piano style, replete with sophisticated chords and an explosively percussive left hand has transcended conventional styles to become one of the most identifiable sounds in improvised music. His harmonic contributions and dramatic rhythmic devices form the vocabulary of a majority of jazz pianists.

Born in 1938 in Philadelphia, he became a part of the fertile jazz and R&B scene of the early ‘50s. His parents imbued him with a love for music from an early age. His mother encouraged him to explore his musical interests through formal training.

At 17 he began a career-changing relationship with Miles Davis’ sideman saxophonist John Coltrane. Tyner joined Coltrane for the classic album My Favorite Things (1960), and remained at the core of what became one of the most seminal groups in jazz history, The John Coltrane Quartet. The band, which also included drummer Elvin Jones and bassist Jimmy Garrison, had an extraordinary chemistry, fostered in part by Tyner’s almost familial relationship with Coltrane.

From 1960 through 1965, Tyner’s name was propelled to international renown, as he developed a new vocabulary that transcended the piano styles of the time, providing a unique harmonic underpinning and rhythmic charge essential to the group's sound. He performed on Coltrane’s classic recordings such as Live at the Village Vanguard, Impressions and Coltrane’s signature suite, A Love Supreme.

In 1965, after over five years with Coltrane's quartet, Tyner left the group to explore his destiny as a composer and bandleader. Among his major projects is a 1967 album entitled The Real McCoy, on which he was joined by saxophonist Joe Henderson, bassist Ron Carter and fellow Coltrane alumnus Elvin Jones. His 1972 Grammy-award nomination album Sahara, broke new ground by the sounds and rhythms of Africa. Since 1980, he has also arranged his lavishly textured harmonies for a big band that performs and records when possible. In the late 1980s, he mainly focused on his regular piano trio featuring Avery Sharpe on bass and Aarron Scott on drums. As of today, this trio is still in great demand. He returned to Impulse in 1995, with a superb album featuring Michael Brecker. In 1996 he recorded a special album with the music of Burt Bacharach. In 1998 he changed labels again and recorded an interesting latin album and an album featuring Stanley Clarke for TelArc.

In the summer of 2005, Tyner joined forces with the Blue Note Jazz Club in New York and became the first client of Blue Note Management. That summer, Tyner began work on some unique projects, including performances with tap-dancer Savion Glover and the development of the Impulse! Septet, featuring his trio with some of today’s top hornmen.

Tyner’s partnership with the Blue Note has led to the formation of his own record label, aptly titled McCoy Tyner Music. The label is a subsidiary of the Blue Note’s In-House record label, Half Note Records. The label launched on September 11, 2007, upon the release of Tyner’s latest CD, “Quartet” featuring Joe Lovano, Christian McBride, and Jeff “Tain” Watts. Recorded live on New Year’s Eve 2006, the album features a working band at its finest with some of today’s “legends in training”. Additionally, the record shows that Tyner, who now carries the torch as the only surviving member of the John Coltrane Quartet, is still at the top of his game as a composer, performer, and bandleader.

In review of Tyner’s latest album “Quartet,” Thomas Conrad of JazzTimes wrote “‘Quartet’ succeeds not only because everyone plays so well, but also because they play so well together. The pairing of Tyner and Lovano is synergistic. The McBride/Watts rhythm section, for intelligent propulsion, is state-of-the-art. ‘Quartet’ succeeds once more because of its excellent sonic quality. It was recorded by engineer Phil Edwards at Yoshi’s in Oakland, Calif., over New Year’s Eve weekend 2006. Almost always, even the best-sounding jazz albums require you to make a choice. You can have the visceral in-the-moment reality of a live recording, or the full bandwidth resolution of a studio session. This one has both.”

McCoy Tyner’s second release for the McCoy Tyner Music label titled GUITARS is scheduled for a September 23, 2008 release. The recording features the stellar rhythm section of Tyner, Ron Carter, and Jack DeJohnette with four modern guitarists (and one banjo) of our time: Bill Frisell, Marc Ribot, John Scofield, Derek Trucks, and Bela Fleck. The package will be a CD/DVD featuring state-of-the-art technology that allows the viewer to manually choose which musician(s) they would like to view in the studio at any time during each track. In 2009, Tyner will release his third recording for McCoy Tyner Music, a solo piano performance recorded live in San Francisco during the summer of 2007.

Tyner has always expanded his vision of the musical landscape and incorporated new elements, whether from distant continents or diverse musical influences. More recently he has arranged for big bands, employed string arrangements, and even reinterpreted popular music. Today, Tyner has released nearly 80 albums under his name, earned four Grammys and was awarded Jazz Master from the National Endowment for the Arts in 2002. He continues to leave his mark on generations of improvisers, and yet remains a disarmingly modest and spiritually directed man. Show less 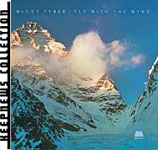 Fly With The Wind 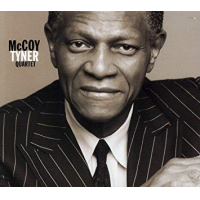 All About Jazz musician pages are maintained by musicians, publicists and trusted members like you. Interested? Tell us why you would like to improve the McCoy Tyner musician page.