Since the release of Mellow Motif’s highly successful self-titled debut album with Warner Music in 2009, the band has been actively performing in many countries and steadily gaining popularity in the regional jazz scene. Mellow Motif has received international acclaim and works tirelessly as ambassadors who raise the world’s awareness of Thailand as a place with a vibrant jazz culture. The band has performed at Hua-Hin International Jazz Festival (2009), CHIJazz (2009), KinestAsia (2010), Miri International Jazz Festival (2010), Asean Jazz Festival (2010), many other music festivals within the country such as Fat Festival 2009, Melody of Life (2009), Indy in Pai (2010), La Fete de la Musique (2009), and more. Performing highly inspired, light-hearted arrangements of jazz standards, Brazilian music as well as original compositions, Mellow Motif has captured the hearts of both non-jazz listeners and jazz aficionados both in and out of the country. In November 2009, CNNgo placed Mellow Motif in the Hot List among the “Top 20 People to Watch” in Thailand.

The band’s most recent release, “Sabuy Dee”(2010), is a hard swinging album that consists of re-interpretations of tunes from the 30s to 50s, original compositions, and jazz renditions of Thai favorites such as “I Feel Sabuy Dee” and “Tur Moon Rob Chun, Chun Moon Rob Tur”.

Read more articles
”...An undeniably talented singer, her delivery brimmed with confidence, and she transmitted her bubbly personality into the music.” - Ian Patterson AllAboutJazz.com (June 2010)

“Her sweet and clear voice brings the jazzy numbers to a new level... The woman has such depth, substance and panache that it's hard to believe that she is only 25 years old.” - VirtualMalaysia.com (May 2010)

“You can play their music [Mellow Motif] to pretty much anyone and they will most likely fall in love with it!” - Matichon Newspaper (March 2009) 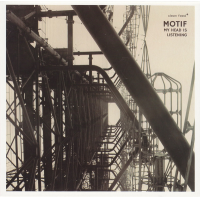 My Head is Listening 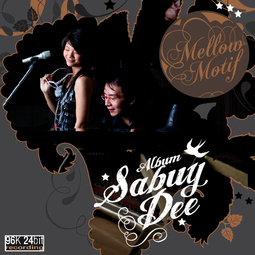 All About Jazz musician pages are maintained by musicians, publicists and trusted members like you. Interested? Tell us why you would like to improve the Mellow Motif musician page.