The Melton Mustafa Orchestra is a powerhouse orchestra in the Basie tradition, rooted in swing and blues, though also featuring bebop, modal and Afro-Cuban flavors. The Melton Mustafa Quartet and sometimes quintet, focuses mostly on original compositions and incorporates many jazz styles ranging from blues to free-jazz.

Most of the trumpeter's early musical experiences came from working in local R&B bands and then later with regional and nationally known R&B artists. By the mid-eighties, Melton's growing reputation had spread throughout the jazz world and he found himself working with the likes of The Duke Ellington Orchestra (under Mercer Ellington's direction), Bobby Watson, James Williams, John Hicks and Gunther Schuller.

Mustafa credits Thad Jones and Frank Foster as his major inspirations in the “Big Band” arena. “Thad Jones influenced me so much,” says Mustafa, “In the way he walked, the way he talked, the way he handled people, the way he wrote and what he did with his time,” of Foster, Mustafa says, “His writing is a combination of aggressive and subtle beautiful texture with so much soul and feel that makes you want to move.” The admiration is mutual as Frank Foster said, “Melton Mustafa has a special talent as a soloist and as a big band composer.” Other influences on Mustafa's writing include Gerald Wilson, Oliver Nelson, McCoy Tyner, Sammy Nestico, and Duke Ellington. The soulful trumpet style, Mustafa says, comes directly from his brother Jesse Jones Jr. (alto saxophonist).

The Melton Mustafa Orchestra, “Boiling Point” CD on Fantasy Record’s Label, was critically acclaimed for the original compositions and for the brilliant trumpet solo work thanks to a wonderful friend, great musician , and brilliant producer John Goodwin.

Melton Mustafa, also a gifted music educator, began instructing young people at the African Heritage Cultural Art Center in Miami when he returned from his stint with the Count Basie Orchestra. In 1996 Melton joined the faculty at Florida Memorial University to head their newly formed Jazz Studies Program. Each year since 1996, Florida Memorial University has hosted the Annual Melton Mustafa Jazz Festival/Workshop featuring top international jazz artists. Mustafa also does jazz workshops at high schools and colleges throughout the country.

Melton Mustafa's latest release is a collection of jazz standards and ballads. The Melton Mustafa Jazz Quintet CD is entitled “The Softer Side, Scenes from Miami Vol.1). This CD features Duffy Jackson on drums, Dennis Marks on bass and Jim Gasior on piano. Show less 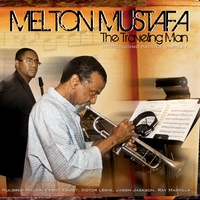 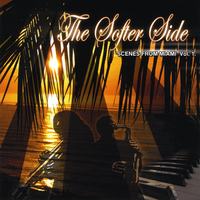 All About Jazz musician pages are maintained by musicians, publicists and trusted members like you. Interested? Tell us why you would like to improve the Melton Mustafa musician page.