Melvin Quinones, also known as Melvin Llord, started studying saxophone by age 11, with the idea of someday playing in the local church's band. He never made it to that group, but that didn't discourage him from his passion for music. By the age of 15, he was recording music with local bands and slowly gaining popularity as one of the best sax players in western Puerto Rico.

At 17, his talent was discovered by Andrew Ruiz, one of the most popular band directors in Puerto Rico, who quickly extended him an invitation to play with international Latin star Wilkins.

At a young age, he shared the stage with Puerto Rico’s finest artists, such as Marc Anthony, Ednita Nazario and Gilberto Santarrosa, among others.

He joined the 248th Army Band at 19. He played for 7 years and traveled to many states and countries. Melvin has more than 25 years of experience as a Music Producer, Song writer, Sax and Keyboard Player.

The following is a list of some of the most noticeable artists he has worked with: 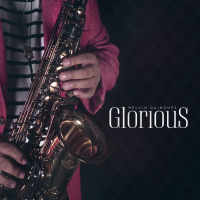 All About Jazz musician pages are maintained by musicians, publicists and trusted members like you. Interested? Tell us why you would like to improve the Melvin Quinones musician page.