Mente Clara was born in Texas out of a love for the music of Hermeto Pascoal and other Brazilian masters. They combine soaring melody, sophisticated jazz harmony, and the danceable rhythms of Northeastern Brazil into a sound that is all their own. Straddling the line between jazz, world music, and fusion, the band has toured from coast to coast, developing a reputation for exciting live shows along the way. Their second album, Forrozêra, was released on June 2, 2015, and has been praised for its “dynamic rhythmic attack.” (Dave Sumner, Bird Is The Worm)

Individually, members of Mente Clara have performed and recorded with artists as diverse as Snarky Puppy, Matuto, Bernard Wright, Quarteto Olinda, Pete Rodriguez, Rob Curto, Ephraim Owens, and many more. The band first came together in mid-2012 for a session after pianist Owen Summers and bassist Daniel Durham met and decided to explore Hermeto’s music. Along with saxophonist Brian Donohoe and drummer Aaron Parks, they soon booked their first show. As the group’s sound developed, they began playing more original compositions and percussionist Bruno Vinezof and accordionist Jan Flemming joined the fray. After a year of honing their repertoire through countless live performances, Mente Clara entered the studio and recorded their debut album, Wanderlust, which was released in May, 2014.

Since forming, Mente Clara has performed on stages large and small throughout Texas, in addition to tours to both the east and west coasts

. Their music is best summed up by Hermeto’s credo “Tudo é som!” (“All is sound!”) Show less 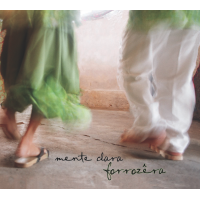 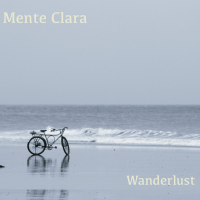 All About Jazz musician pages are maintained by musicians, publicists and trusted members like you. Interested? Tell us why you would like to improve the Mente Clara musician page.