Mercer Ellington was born in Washington, D.C., the only child of Duke and Edna Ellington. He received formal music training and eventually led his own band as a trumpet player. Joining his father in Los Angeles in 1940 he began a period of study with the Duke Ellington Orchestra that lasted until he went into the service; this would be Mercer’s most productive period with regard to jazz standards.

In Duke Ellington in Person: An Intimate Memoir, Mercer states,

“There is nothing like practical experience, and when the band played arrangements I had written under [Duke’s] supervision, like “Moon Mist,” “Blue Serge,” “Things Ain’t What They Used to Be,” and “The Girl in My Dreams,” it was as instructive as gratifying.”

Mercer participated in the Duke Ellington Orchestra, at times in an administrative capacity, and then as band member in the 50’s and 60’s. He took over as bandleader from the time of his father’s death in 1974 until the 1990’s.

His compositions include “Things Ain’t What They Used to Be,” “Blue Serge,” “Moon Mist,” and “Jumpin’ Punkins.” He was the musical director and conductor for the revue of his father’s music, Sophisticated Ladies, and his recording, Digital Duke won a Grammy for best big band instrumental performance. 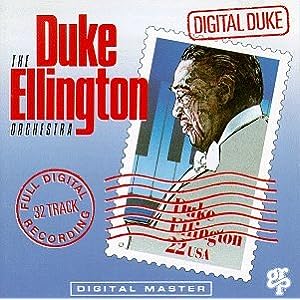 All About Jazz musician pages are maintained by musicians, publicists and trusted members like you. Interested? Tell us why you would like to improve the Mercer Ellington musician page.