Michael Cain was born April 2, 1966 in Los Angeles, California, and moved to Las Vegas, Nevada, shortly thereafter. He first started playing the piano at the age of four and was quickly improvising and composing. The following year he began studying classical music, although by the age of ten it was jazz that became predominant, as well as an interest in integrating several kinds of popular music.

Michael went on to attend several universities starting with the University of North Texas. Although initially a jazz major, he found that classical music was occupying more of his time and switched to that major. From there he moved to Los Angeles and continued to study classical piano at the University of Southern California, and finally ended up at the California Institute of the Arts in Valencia, CA., where he did both undergraduate and graduate work. Michael received a Bachelor's degree in jazz piano 1988, and a Master's degree in fine arts in 1990. While a student and teaching assistant at Cal Arts he became particularly interested in non-western music and began studying the music of Bali, Ghana, and India. While a student at Cal Arts, Michael began playing with Los Angeles- based musicians, including Billy Higgins, Marlena Shaw, big band leader and composer Gerald Wilson, and the New American Orchestra. He also began touring and recording with flutist James Newton and recorded If Love, a CD also featuring drummer Billy Hart and bassist Anthony Cox.

Michael moved to New York in 1990 and began performing with many members of M-Base, a Brooklyn-based collective of musicians, initially with Greg Osby and later with Robin Eubanks and Lonnie Plaxico among others. That same year he recorded his first CD as a leader, Strange Omen, for the Candid label, a trio recording that features Glen Velez on hand percussion and Bruce Saunders on guitar. Later that year Michael started playing with Jack DeJohnette and joined his group Special Edition. That group recorded Earthwalk, for the Blue Note label which received Swing Journal's “Album of the Year” award in Japan and began a musical relationship with Jack which continued for nine years. Their collaborations resulted in five recordings with various groups and several tours of Europe, Africa, Israel, Brazil, Japan, and the United States.

From 1995 to 1997 Michael was an assistant professor in the Jazz and Contemporary Media Department at the Eastman School of Music in Rochester, New York. He directed small ensembles and taught a variety of subjects including improvisation, contemporary techniques in composition, pedagogy, history and analysis, and piano.

From 1997 through 2008 Michael was on faculty at the New England Conservatory of Music in Boston, MA., directing several ensembles, teaching classes on rhythm analysis, and teaching private piano. During the 1997-98 school year Michael served as the school's Diversity Coordinator, an administrative position that focused on issues of diversity in all its implications at the university level. Working closely with the school's president, Dr. Robert Freeman, and the various division heads, responsibilities included helping to define notions of diversity for the institution, creating and implementing structures in which dialogues can occur which broaden the inclusiveness of curriculums, and representing the Conservatory in meetings with staff of various human resource departments for several Boston-based businesses and organizations.

In 1999 Michael founded the “Digital Playground,” a music education and recording program at the Hoboken Charter School in Hoboken, New Jersey. This program teaches music to students from grades 3-12 by helping enable them to create, record, and distribute their own music.

Other projects have included the collaborative trio “Oneness” which also featured Jack DeJohnette and Jerome Harris. In 1997 Michael released the recording Circa for ECM, wich featured Ralph Alessi on trumpet and Peter Epstein on saxophones. That same year he was commissioned by the Howard Hanson Memorial Institute for American Music to write a piece in honor of President Clinton and the 1997 Presidential Inauguration. The piece entitled “Praeludium” was premiered on January 28, 1997 at the Eastman School as part of the Kilbourn Concert Series. Also in 1997-98 Michael worked with saxophonist Ravi Coltrane, which included recording the CD Moving Pictures for BMG France, performances with the group at La Villa in Paris, BET Television, and Town Hall in New York--a concert which featured Alice Coltrane performing on organ. He also did a recent tour of the US, Canada, and Europe with Me'Shell Ndege'Ocello, and co-wrote “Akel Dama,” a track for her recording, Cookie: the Anthropological Mixtape, and is featured on her jazz project “The Spirit Music Sextet Jamia,” and that group's recording called Dance of the Infidels.

Some other projects have included a solo piano concert and residency at Colorado University in Boulder, CO in the spring of 2001, serving as musical director for the Jose Limon Dance Company's New York premiere of Crossroads, a collaboration between composer James Newton and choreographer Donald McKayle, at the Joyce Theater in New York the fall of 2001, and composing the score for the films “Maybe” and “Real With Me,” by director Carl Ford for Black Nexxus Films. In 2007 Michael played on and produced saxophonist's Ron Blake's recording Shariya, which featured Jack DeJohnette on drums, Christian McBride on bass, Regina Carter on violin, and Gilmar Gomez on percussion. 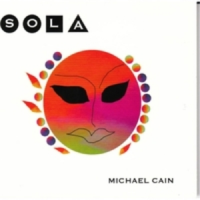 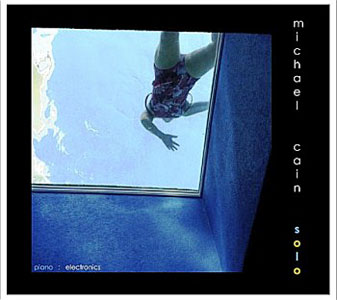 All About Jazz musician pages are maintained by musicians, publicists and trusted members like you. Interested? Tell us why you would like to improve the Michael Cain musician page.