Michael was born in Athens. He was a student of Giotis kiourtzoglou, George Fakanas and Anthony Jackson. He has participated in clinics from Tom kenedy, Victor Wooten, Mike Stern to Billy Sheehan and many more.

But most of his knowledge on harmony, theory and technique was developed by his own effort. His method and way of thinking are embossed in his book “The Organization of the Musical Information”. The book is actually a guide for organizing and realizing the learning process through the combination of the scientific truths regarding the way our brain works and the deep understanding of how the instrument (bass) is used in order to express feelings.

He has collaborated as a session musician with Marinela, Kostas Hatzis, Kostas Karaphotis, Natassa Theodoridou, Christo Thivaio, Yiorgo Theofanous, Alex Foster and many more. He has toured all over Greece, played for most of the theaters in the country, participated in big musicals and experimental theatrical performances. He has toured in the U.S. (New York, Chicago, Atlantic City and Boston); he also has played in theaters at Istanbul, UK and Cyprus.

He also gigs with Irene Ketikidi Band, a phenomenal rock guitar player based in the UK.

He teaches El. Bass at the Modern Music School of Athens.

He writes articles for his blog http://blog.michaelevdemon.com and he is very active in collaborating with numerous jazz musicians while he also conducts educational seminars. 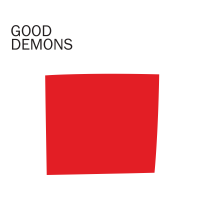 All About Jazz musician pages are maintained by musicians, publicists and trusted members like you. Interested? Tell us why you would like to improve the Michael Evdemon musician page.