Songwriter, Composer, Guitarist, Improviser, Poet and Music Producer Michael Gregory (nee Michael Gregory Jackson) is a figure who paved the way for the Black Rock movement in the 1980s.

A musical innovator and brilliant improviser, always on the cutting edge, he recording for Arista, RCA, Island and many other labels and headed the power-trio Signal. Gregory's genre bending guitar virtuosity is readily apparent, scumbling phrases into grays and browns with the use of a volume pedal (an acknowledged influence on Bill Frisell and many other musicians).

Michael is also an accomplished and mind-blowing vocalist, often compared to Sting, Smokey Robinson, Seal and Al Jarreau. Michael has successfully straddled the pop and improvised music worlds since the beginning of his career in the 1970s. Michael's influences vary widely, from Stravinsky to Cage from Hemphill to Ellington from Wonder to Bacharach. Michael possesses his own very unique, highly creative and fertile voice.

Progressive improvised music composer and trumpeter, Wadada Leo Smith, influenced Gregory to look beyond the boundaries of rock, folk and mainstream jazz, and soon Michael was playing avant- garde music with Smith and such other notables as pianist Anthony Davis, saxophonists Julius Hemphill, David Murray and Oliver Lake. During this period, Gregory notes, “I learned that it was ok to try different things, to experiment. I've allowed myself to be free creatively and stylistically.”

Rolling Stone magazine raved, “By the time (Gregory) was twenty-one he was already one of the most original jazz guitarists to emerge since the sixties.” Michael's unique style and innovations have changed the face of jazz guitar and influenced many other very well known guitarists and musicians in many genres of music. Michael changed his name in 1982, to Michael Gregory, to avoid confusion with another artist who shared his name. It was during this period that Michael's career began to take off.

Living in New York, he soon became known as a world class guitarist who could transcend musical genres with ease, who could also sing, write songs and produce recordings.

Gregory went on to record and produce more crisp, pop and creative music recordings, including “What To Where” (BMG/RCA Records), “RED” (GOLDEN Records) and “Towards the Sun” (GOLDEN Records), however all of his music remains firmly rooted in progressive creative sensibilities and a fertile stylistic amalgam.

Godin Guitars, Mesa Boogie and many other tools and recording products

Michael Gregory Jackson Clarity re-release ESP-Disk 2010 (1976) “The opening “Clarity” (the title also contains a graphic element not reproducible here) begins with terse acoustic guitar arpeggios, keening flute and tenor, and then moves through an evenly-spaced upward tone row, following along a path outlined by Smith's concept of rhythm units. The shock��”at least to those solely weaned on improvised music��”comes when Gregory spins out a delicate, soulful tune with a vocal delivery reminiscent of a young Stevie Wonder. It's a short sung poem that meanders along a burbling sonic brook, but its effect is extraordinary, immediate and unlike anything else before or since in improvised music”

Michael Gregory Jackson Clarity re-release ESP-Disk 2010 (1976) “The opening “Clarity” (the title also contains a graphic element not reproducible here) begins with terse acoustic guitar arpeggios, keening flute and tenor, and then moves through an evenly-spaced upward tone row, following along a path outlined by Smith's concept of rhythm units. The shock��”at least to those solely weaned on improvised music��”comes when Gregory spins out a delicate, soulful tune with a vocal delivery reminiscent of a young Stevie Wonder. It's a short sung poem that meanders along a burbling sonic brook, but its effect is extraordinary, immediate and unlike anything else before or since in improvised music”. ~ Clifford Allen - All About Jazz

“One of the most lyrical musicians working today...singularly personal and arresting and one of contemporary music's few genuine poets... Gregory's daring, darting vocal is so serene yet intense that one is hard-put naming a contemporary vocalist of similar grace and power.” —Down Beat

“Towards the Sun” picks up with graceful aplomb as if there were no gap in time at all. In fact, it was recorded over the whole of the ’90s. While fans of soulful ’70s and ’80s artists (Stevie Wonder, Lionel Richie, etc.) will find easy entrance into Gregory’s music, it’s also filled with subtle surprises that acknowledge his background in the gleefully iconoclastic fringes. All is not as it appears, with layering and compositional flourishes embedded in the songs, revealing themselves in slyly gentle ways. From the graceful modulations of “If I Only Had a Minute” to the thick guitar dazzle of “Love’s Parade,” this is an album filled with rich singing, inventive playing, and alluring, mesmerizing and cliché-free hooks.” — Metroland.net

“Michael Gregory's high tenor voice calls to mind Smokey Robinson, Sting or Ben Harper as it flows with his guitar riffs...He doesn't back away from the difficult and sometimes raw themes connected with love and loss. Lays bare the sinews of human emotion. Gregory's honesty and hypnotic sound mixes are unabashedly mellow.” —The Advocate ”Gregory has that rare combination of virtuosity and versatility, able to play the guitar whiz...then slip easily into hugely commercial cuts. Michael Gregory is, quite simply, the business.” —Q Magazine

“A highly distinctive and beautiful CD of originals...his own unique style that synthesizes jazz, pop and soul...filled with romantic longing and smoldering passion...” —Music Revue

“Take Bowie's sophistication, add Prince's flamboyance, and mix with plenty of originality. Michael Gregory writes crisp, vibrant songs, and sings them like it's a matter of life and death.” —Trouser Press ”The songs...realize Michael Gregory's own theoretical musings about the fertile musical possibilities created when applying blues and jazz sensibilities to rock.” — Spin Magazine

“Gifts” (1979) A beautiful, magical record. This record creates its own wonderful, unique space. Jackson's guitar work—rolling cushions of arpeggios here, fashioning darting, quirky solos there, the solid dancing rhythm section of Jerome Harris on bass and Pheeroan Ak Laff on drums simultaneously floating and holding down the pocket, the intertwining sound of Bakida Carrol on fluglehorn and Mary Ehrlich on reeds, with Jackson's soaring wordless vocals over the top—all in the service of Jackson's beautifully melodic compositions—I never get tired of this one. Besides the creative breadth of Jackson's vision here, I want to make special note of Ehrlich's contribution. He thoroughly inhabits the intricate compositions, always finding an improvisational voice that is absolutely at home — a masterful performance”. -Tim Helman Inspirations

Michael Gregory’s Your Voice workshops are about student discovery and the development of one’s own voice through student-centered learning and active participation. The goal of the workshop(s) is to reinforce and connect participants with their inner voice and sense of wonder in a supportive environment that nurtures openness, infinite choices, and free-play without judgment, criticism or inhibition. Accessing and retaining this inner source of creativity is an important and integral part of holistic development that also promotes and encourages creative problem solving and innovative thinking, and inspires life-long learning. Your Voice employs singing, humming, vocalise and the use of verbal methods or tapping rhythms to communicate musical ideas, parts or motifs. We make sound(s) and joyful expressions, and focus on listening skills, becoming more aware and sensitive to our surroundings. The objective is to connect in a playful way with others and to the greater world in which we live. The implementation of visualization methods, mindfulness and play serves as a foundation on which students build sounds and spontaneous compositions, using percussion instruments or whatever is available to add textures and color the music — truly allowing students to experience the joy of creative expression. Elements of the blues musical form, such as call and response and basic primal rhythms, are also used to ground and root positive communication skills and individual interpretation. The field of play and instruction are altered and modified to accommodate all learning styles and abilities, and to engage student effort and participation. We create magical learning moments, while becoming more empathetic, focused, present, and responsive to one another and ourselves. 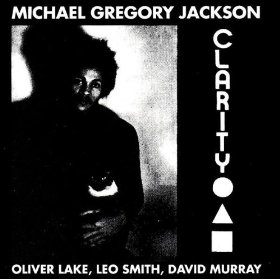 
The Way We Used To Do

All About Jazz musician pages are maintained by musicians, publicists and trusted members like you. Interested? Tell us why you would like to improve the Michael Gregory musician page.