Michael Lewin is internationally applauded as one of America’s most abundantly gifted and charismatic concert pianists, performing to acclaim in over 30 countries with orchestras and in recital.

Recognized as a master interpreter of Liszt, Mr. Lewin has been celebrating that composer’s music around the world in 2011 to commemorate his 200th birthday. He has presented a variety of recital programs entitled “Liszt and his Circle” throughout the United States, the Netherlands, Canada, Colombia, Puerto Rico, and Italy, in addition to performances of Liszt’s Totentanz and 1st Piano Concerto. His past summer’s festival appearances included Holland’s “Peter the Great Festival”, Music Fest Perugia in Italy and the International Keyboard Institute and Festival in New York City. Upcoming early 2012 concerts include a recital at the National Gallery of Art in Washington, the world premiere of the Kocsis Concerto for Piano and Chamber Orchestra, a Canadian recital tour and the Beethoven 3rd Piano Concerto in Illinois. He will also be making his second recording for Dorian Sono Luminus, “Ghosts & Goblins.”

Highlights of Mr. Lewin’s 2009-2010 season included his London recital debut at Wigmore Hall (in an all-Griffes gala program) followed by a recital at Oxford University. He toured China playing the Liszt Piano Concerto No.1 with the Beijing National Radio and Television Orchestra, and made his thirteenth appearance with the Boston Pops. Many of his recital programs featured music inspired by birds from his popular new recording “If I Were a Bird,” which received a Producer of the Year Grammy nomination. 2010 also saw a variety of all-Chopin programs in celebration of that composer’s 200th birthday.

Michael Lewin’s career was launched with victories in the Franz Liszt International Piano Competition in the Netherlands, the American Pianists Association Beethoven Fellowship and the William Kapell International Competition. He has also received prestigious career grants from the Martha Baird Rockefeller Foundation, National Endowment for the Arts and the Aaron Copland Recording Fund. The New York Times wrote of his New York recital debut in Lincoln Center in 1984 that “his immense technique and ability qualify him eminently for success”.

Michael Lewin’s discography has received extraordinary critical praise, and reflects the great scope of his musical interests. His newest release is “If I Were a Bird,” a selection of 20 bird-themed pieces, on Dorian Sono Luminus. “Bamboula”!, piano music by Louis Moreau Gottschalk, was a Boston Herald “Year’s Top 10 Pick”, while the Boston Globe enthused that “Lewin has the chops and the charm for these pieces.” His recordings for Naxos include a best-selling collection of Scarlatti Sonatas and the complete piano music of American composer Charles Tomlinson Griffes (two volumes). Mr. Lewin's recordings on Centaur include “Michael Lewin plays Liszt” and “A Russian Piano Recital”, featuring music of Scriabin, Glazunov and Balakirev. His recording of the 4 Violin and Piano Sonatas of William Bolcom with violinist Irina Muresanu was released in 2008. The Lewin-Muresanu Duo has performed actively since their formation in 2003.

Deeply committed to guiding and nurturing gifted young pianists, Michael Lewin is one of America’s most sought-after teachers. He is a member of the Piano Faculty at The Boston Conservatory, where he also directs the Piano Masters Series and Visiting Artist in Piano at Boston University. A native of New York, he studied at the Juilliard School. His own teachers included Leon Fleisher, Irwin Freundlich, Adele Marcus, and Yvonne Lefébure. www.michaellewin.com 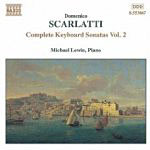 All About Jazz musician pages are maintained by musicians, publicists and trusted members like you. Interested? Tell us why you would like to improve the Michael Lewin musician page.