Michael Story is a professional acoustic and electric bassist, band leader and composer from Melbourne. He leads his Melbourne based piano trio; featuring pianist Luke Howard and drummer Daniel Farrugia, which plays a blend of modern jazz and contemporary groove music, inspired by Bobo Stensen’s trio, Medeski Martin and Wood, The Bad Plus and Brad Mehldau.

The trio has released a new recording ‘So you want more’ on Fern Frond Records, featuring many of the tunes written in 2009. The the trio has performed in Melbourne and toured twice to New Zealand to perform at major cities and the Queenstown International Jazz Festival.

The trio’s sound has developed from their previous release with a greater focus on collective improvisation, blending deep colourful harmonies and melodies with kick, hats, snare and woody double bass grooves. Michael’s goal is to continue to develop as an emotive improviser, creating and performing music that moves people with groove, and represents who he is and where he is from; which is originally Christchurch in New Zealand.

No more than a couple of months after completing his course Michael relocated to Melbourne to complete an honours year at the Victorian College of the Arts with the support from the Dame Malvina Major Foundation’s young emerging artist grant. He studied under the guidance of bassist Gary Costello and pianists Tim Stevens and Andrea Keller. He wrote his honours dissertation on bassist Larry Grenadier’s contribution to collective improvisation in the Brad Mehldau trio, which in an email Larry responded with “...your dissertation was the most in depth examination into the collective interplay that we do in the trio that I have seen so far.”

Michael formed his trio the first year he arrived in Melbourne and did a small release at the end of that year; a snap shot of the band’s sound and Michael’s writing. Larry also commented on this, “...I feel that the 3 of you are aware of the level of listening needed in order to obtain the collective interplay that you write about. You seem to share a common goal in finding a group sound. This is quite rare, especially amongst younger players. All 3 of you are quite proficient on your instruments and are taking the next and most important steps in making MUSIC. You are also developing a unique compositional voice which is always refreshing to hear.”

Michael Story Trio Announce the Release of Their New CD "So You Want...

”...the shared quality is lyricism and deeply satisfying melodic flow. Here surely is an object lesson in how intensity can be focused in inward-looking music of enduring beauty.” - Steve Robertson PBSfm 30/03/09 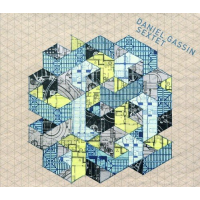 So you want more

All About Jazz musician pages are maintained by musicians, publicists and trusted members like you. Interested? Tell us why you would like to improve the Michael Story musician page.