Michel Herr led several bands (trio, quintet, nonet and big band), in which he played his numerous compositions. He is also an internationally renown composer and arranger.

In 1988 he receives the Monaco Jazz Composition Prize. His compositions and arrangements earned him an international fame. Besides his own groups, they have been played by prestigious European jazz orchestras (big bands of the WDR, NDR, Brussels Jazz Orchestra, Metropole Orchestra, etc...) and by ensembles of various formats (chamber, strings, symphony, choir, cordes, etc...)

2008 sees the release of a big band double album of his compositions played by the Brussels Jazz Orchestra, titled « The Music of Michel Herr ». More collaborations with that orchestra followed up : with vocalist David Linx and « We have a dream » (2017/2018), a project with South African vocalist Tutu Puoane, which was presented worldwide (a.o. at the Lincoln Center in New York). Currently, Michel Herr has refocused his activities on writing (compositions and arrangements) and is frequently asked to write for jazz projects involving large ensembles. The Metropole Orchestra (NL) and Ivan Paduart recorded his arrangements for the album « Crush ». In Switzerland, he arranges the album « Colors of time », (a suite by Thierry Lang) for David Linx, choir and chamber orchestra. In 2017, he signs compositions and arrangements for the album of saxophonist Fabrice Alleman, « Udiverse », with chamber orchestra (30 musicians). He collaborated with the « Orchestre Royal de Chambre de Wallonie » for the « String project » album of guitarist Philip Catherine (Echo Jazz Award in Germany).

In 2019, the cd « Michel Herr – Positive / Music for sextet and String quartet » proposes 9 compositions for 11 musicians. Michel Herr has recorded around a hundred albums, as a pianist and/or composer/arranger, under his name or with prestigious solists, such as Joe Lovano, Toots Thielemans, Bill Frisell, Archie Shepp, Philip Catherine, Tom Harrell, etc… He also wrote music for movies (« Just Friends ») and television. www.michelherr.com Show less

Members of Los Mua Equitos de Matanzas and Michel Herrera from Cuba to...

New Album of the Brussels Jazz Orchestra: "The Music of Michel Herr"

Big band clinics with his own compositions. 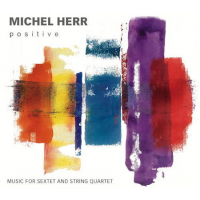 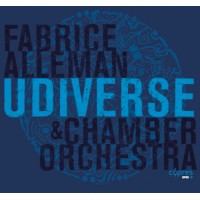 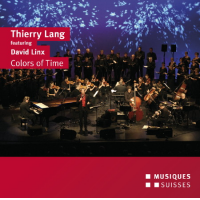 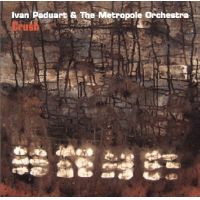 The Music of Michel...

All About Jazz musician pages are maintained by musicians, publicists and trusted members like you. Interested? Tell us why you would like to improve the Michel Herr musician page.