Born to a family synonymous with classical music in his native Quebec, Lambert studied drums and composition at Boston's Berklee College of Music, attended workshops in Paris, and studied privately with saxophonist/composer Dave Liebman in New York and pianist/ composer Misha Mengelberg in Amsterdam. Since his first professional engagement with pianist/composer Milcho Leviev's trio in 1983, he has recorded extensively and performed hroughout Asia, Canada, Europe and the United States.

Accomplished as both a composer and visual artist, excerpts from his first orchestral work, “Le Journal Des Episodes,” were premiered in 1992 by the Winnipeg Symphony Orchestra and his oil paintings earned him a commission from the Canada Council to illustrate a 4-CD compilation of Canadian music to celebrate the 50th anniversary of the United Nations. He appears on more than 50 recordings and has collaborated with musicians including Paul Bley, Gary Burton, Uri Caine, Franois Carrier, Dewey Redman, Bobo Stenson, Kenny Wheeler, Reg Schwager and Jeannette Lambert.

His recording, Out Twice (482 Music) featuring Leviev and bassist Barre Phillips among others, showcased free improvisation based on his artwork. Other recordings as a leader include Unclouded Day, released on Ayler Records and featuring Raoul Bjorkenheim, Mat Maneri and Jeannette Lambert, and a drum duo with Rakalam Bob Moses entitled Meditation on Grace, released on FMR. He is part of the mythic trio, the Maikotron Unit, that performs with invented instruments and has released two critically acclaimed albums, Effugit and Ex-Voto.

His cds, Journal des Episodes I & II, are based around his daily musical diary, and contain nearly 200 tracks for jazz trio challenge our sense of continuity.

Recent projects include composing during an artist residency in Italy with Jeannette Lambert, tours in Europe and Indonesia, new recordings with the various projects of Reg Schwager, Gabriel Lambert, Alain Bédard, and Francois Carrier, and upcoming engagements in New York City. He lives in Montréal, Canada with his wife, vocalist poet Jeannette Lambert and their two sons.

482 Music to Release Michel Lambert's Out Twice on May 27th

“Lambert is a remarkable player, fluent but disciplined with a brillant grasp of group dynamics.” The Penguin Guide to Jazz Recordings

“Rare to hear music of this depth and substance, period.” WEMU, Michigan

Michel is available to present clinics on composition, improvisation and jazz drumming. He also does presentations on his work, explaining his symphony writing, improvised music, and visual art. 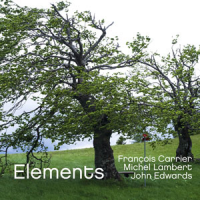 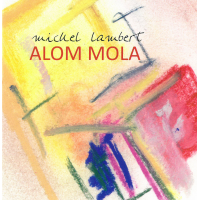 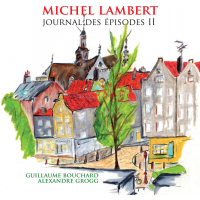 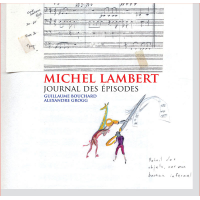 From: Le Passant (The Wanderer)
By Michel Lambert

All About Jazz musician pages are maintained by musicians, publicists and trusted members like you. Interested? Tell us why you would like to improve the Alex Levin musician page.