Saxophonist and composer Michel Nirenberg, a native of Rio de Janeiro, has been carving out a niche in the Washington, DC jazz scene since coming to the United States in 2012. He has already made a name for himself in Brazil, performing in many festivals and winning in competitions throughout the country while earning a bachelor’s degree in music at the top of his class from the Federal University of Rio de Janeiro (UFRJ). In 2014, he graduated with a master’s degree in music from James Madison University, where he was a teaching assistant and active performer. Long before graduation, he was playing with top performers in both countries.

Nirenberg was raised in a family of musicians and studied music since childhood. Becoming a musician was a natural path for him to take. His father plays viola in the Brazilian Symphony Orchestra based in Rio and teaches chamber music at UFRJ. His mother is a gifted pianist who also became a teacher.

His paternal grandfather, Jaques Nirenberg, was a doctor and also a respected violinist with the Brazilian String Quartet. For over five decades they performed in concert halls around the world, including Carnegie Hall and Library of Congress in Washington, D.C. Michel would study classical piano, violin, guitar and clarinet before taking up the saxophone at age 15. The horn was a gift from his parents. Although many family members play music, Michel was unique in making that his primary occupation.

His musical style is contemporary Brazilian instrumental music. His latest album shows a fascinating range of influences including choro, the first characteristically Brazilian genre of urban popular music. Choro is characterized by virtuosity, improvisation, and subtle modulations, and is full of syncopation and counterpoint. Nirenberg has the wherewithal to treat it in lively new ways. On the same disc, he performs straight ahead jazz and makes an unexpected leap into the avant-garde on the bonus track.

For a long season of his musical life, Nirenberg’s principal influences were classical; later he immersed himself in various styles of jazz and Brazilian styles (choro, samba, and baião, maracatu), and he listened to multi-instrumentalist Hermeto Pascoal and guitarist/pianist Egberto Gismonte.

His first recording as a leader is Retrato (Portrait) is set for release on the Carioca label in 2015. It boasts Brazilian musicians such as virtuosos Leonardo Lucini on bass and Alejandro Lucini on drums and guitarist Rogério Souza. Argentine guitarist Dani Cortaza and American pianist Alex Brown complete the roster of highly accomplished musicians with international reputations.

Nirenberg is one of the founders of the Philharmonic Band of Rio de Janeiro and was a featured soloist in 2012. He performed classical saxophone solos with the Brazilian Youth Symphony Orchestra and Fundarte Chamber Orchestra. He was also a soloist with the Symphonic Orchestra and jazz ensemble at UFRJ.

Nirenberg’s journey to the U.S. began with a competition in Brazil known as the Concurso Jovens Músicos—Música no Museu, or Competition for Young Musicians, Music in the Museum. After several rounds of competition with talented musicians from throughout Brazil, he won second place and the opportunity for an assistantship at James Madison University in Harrisonburg, Virginia. In 2014, he received a master of music degree in performance - saxophone – an achievement all the more impressive because Nirenberg faced the challenge of mastering English while undertaking his studies. Besides English and Portuguese, he is fluent in Spanish and speaks some French, reflecting the wide range of world cultures that influence his approach to music. Show less 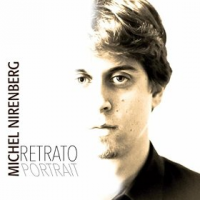 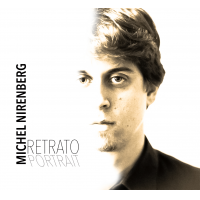 All About Jazz musician pages are maintained by musicians, publicists and trusted members like you. Interested? Tell us why you would like to improve the Michel Nirenberg musician page.