In addition Mike Catalano is known for his composing hundreds of pieces of music for TV and film, including Fox Tv’s A Current Affair, Fox News, Good Day New York, and other programs.

In the mid-80’s Mike released his first record A RIO AFFAIR, which has recently been re-released by his own Catman Records Label. Catalano enjoys combining the rythms and musicians from Brazil, with the rythms and musicians from NY throughout his own musical compositions and performances, not surprising his biggest influence would be Antonio Carlos Jobim the legendary Brazillian composer whom Catalano had the fortune to meet on various occasions in Rio De Janeiro 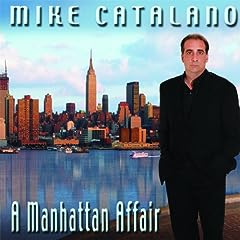 All About Jazz musician pages are maintained by musicians, publicists and trusted members like you. Interested? Tell us why you would like to improve the Patrick Yandall musician page.