Guitarist Mike Scott was born in Fukuoka, Japan while his father was stationed overseas. He grew up living in Ohio, New Jersey, and Arizona before moving to southern California at the age of 18 to pursue a career in music. His studies of classical and jazz guitar led him to the University of Southern California where he earned a Bachelor and Masters Degree in Music Performance.

Since graduating Mike has enjoyed a varied career performing, recording, composing and teaching. Mike has performed extensively in the Los Angeles area and throughout the United States. He has recorded for television and film soundtracks, a number of CD projects and has had the opportunity to perform with artists such as Stevie Wonder, Quincy Jones, Monica Mancini, Seamus Blake, Matt Wilson, Darek Oles, Abraham Laboriel, and Vince Mendoza. He has also performed with the Colorado Symphony, the Pasadena Pops Orchestra and the New York Pops at Carnegie Hall. He is currently a faculty member at Fullerton College.

Mike's new CD “Fallen Peach” is comprised of 8 original songs and features Joe Bagg on organ and Jason Harnell on drums. His other recordings include “Good Place To Be”, a jazz quartet CD featuring the talents of pianist Josh Nelson, bassist Michael Valerio, and drummer Lorca Hart. And “SPES”, a quartet with tenor saxophonist Jeff Ellwood, bassist Roger Shew, and drummer Tim Pleasant.

The Waterboys' Mike Scott Goes For Brogue On "An Appointment With Mr.... 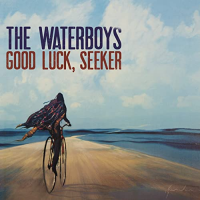 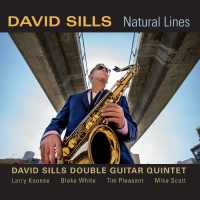 All About Jazz musician pages are maintained by musicians, publicists and trusted members like you. Interested? Tell us why you would like to improve the Mike Scott musician page.