Milan Petrovic was born on September 23, 1976. Since 1993 he is active in Serbian music scene. He is a keyboard player, songwriter and composer. In 1995 he joined popular serbian reggae band - Del Arno Band. With them he recorded albums “Retrospective”, “Vreme Vode” and played almost every big festival in Serbia and in neighborhood (until august 2009). Since 2002 he has performed with various blues bands such as Blue shark, Roosterblues band, Texas flood, Raw Hide, Bootleg blues (E 75) and Blue family. Since 2006 he is a member of stage band of a popular Serbian pop singer Ana Stanic. In november 2009 he started with recordings for his first instrumental (funk, blues, swing, acid jazz) album with some of the top serbian jazz and blues artists.

“Excursion” first cd, was released in March 2012, with cooperation from friends, some of the top blues and jazz artists from Serbia such as Vasil Hadžimanov, Dušan Bezuha, Wikluh Sky, Raw Hide and Blue Family. Milan Petrovic Quartet, is today one of the most active bands on serbian instrumental scene, we play instrumental funk, blues, jazz, with elements of popular music such as swing, latino, rock, pop, reggae. Our conception are “Excursion” and “Dates” cd, very well passed in Serbian and surounding critics, and famous themes from different kind of music expressed on our way.

The Milan Petrović’s Quartet (MPQ) band was formed in March 2011 in Belgrade, on the Session called “Serbian Soul, БРЕ” of photographer Ivan Grlić. As the integral part of the exhibition, the band had its first public appearance on 24th March 2011. In 2011 the MPQ had 25 performances, held in Serbian places as Pančevo, Novi Sad and Lazarevac so the first year of bands existence successfully finished. The major characteristic of the performance is an active participation of artists and musicians in a form of a special guest whose authentic musical performing was incorporated as in a music scene as in a visual performance of the band. In 2012 the band successfully continues with the album „Excursion “ and quartet promotion, in the form of an active concert performance. In the first year the Milan Petrović’s Quartet noted over 50 performances and more frequent appearances on television and radio stations, as well as the beginning of significant appearances at jazz festivals. Media appearances were recorded in all leading Serbian media started from the Serbian National Television RTS (there was interesting guest appearance in the most watched TV show in Serbia called “Žikina Šarenica”), TV Pink, Copernicus, Art, and in various number of the local media. Noted performances at festivals:: · „Rodjendan Jazz-a“, Belgrade, · „Spring SM Jazz i Blues Festival“, Sremska Mitrovica, · „Jazztronic, Jazz i Blues Festival“, Vršac · „Nisville jazz festival“, Niš · „Jazz & Blues International Festival“, Kikinda · „Rakia fest“, Belgrade · „Pozorišni festival“, Sombor

During 2013 bend continues with a intense gigs in Belgrade and surroundings and with over 100 gigs in two years, become one of the most active on serbian jazz scene. On 09.02.2013, during “Jazz za DZ” festival in Belgrade, band made one of the best concerts on festival. In August 2013, they were headliners on a mainstream festival “Reload” in Vladičin Han.

In the beginning of 2013. new recordings have been made, and from 18.09. 2013. they are available on freedownload with name “Favorites”. Band recorded famous Serbian and world themes in their arangements from Jimmy Hendrix, Deep Purple, Depeche mode, Metalicca and more. By the opinion of NOCTURNE web magazine, “Favorites” is one of the best albums in year 2013. Producer of these recordings is mr Željko Veljković, who is working with some of the most significant jazz musicians from Serbia, Vasil Hadžimanov and Bojan Zulfikarpašić.

From 2014 MPQ is one of the most active jazz/blues bands in Serbia with over 200 gigs. They started cooperation with various artists from region as Mr Bruno Mičetić, jazz guitarist from Rijeka, Croatia and Mr Adriano Trindade from Brasil.

Noted performances at festivals: • 18.08.2014., they played on “Nišville jazz festival” with Bruno Mičetić. This concert was recorded and mixed by mr Mičetić. In October 2014., they performed together in Zagreb, Croatia and band went again in Austria on “Live Six Festival”. • In November they performed in Romania on “Jazz & Blues Kamo” festival in Timisoara.

In 2015. band continues with playing in Serbia and they also recorded new cd with Milan Petrović compositions contributing by Mr Bruno Mičetić. They started cooperation with brasilian singer mr Adriano Trindade and they performed with him on “Calamus Jazz & Blues festival” in Mostar, Bosnia and Hercegovina. 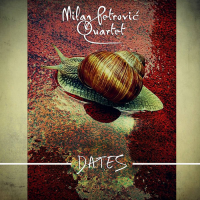 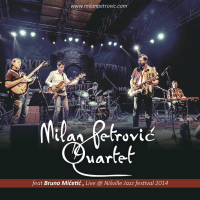 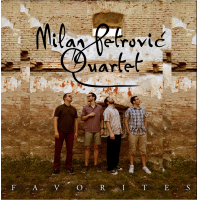 All About Jazz musician pages are maintained by musicians, publicists and trusted members like you. Interested? Tell us why you would like to improve the Milan Petrovic musician page.