Milan Turkovic originates from an Austro-Croatian family, grew up in Vienna and became internationally known as one of the few bassoon soloists. Over the past two decades, he has become a most successful conductor, making appearances all over the world.

His discography currently consists of 9 CDs as a conductor, 15 CDs with solo repertoire, 26 CDs with chamber music and over 200 CDs with Concentus Musicus. He has recorded the Mozart bassoon concerto four times; his third recording was performed on a period instrument, with Nikolaus Harnoncourt conducting. Other releases include the concerti by C.M.v. Weber (with Marriner), the quintet for bassoon and strings “Meeelaan” by Wynton Marsalis and a double CD “Bassoon Extravaganza”. On his most recent CDs he conducted three symphonies by J. Haydn and two CDs with the German Ensemble Selmer Saxharmonic (Echo Klassik award in 2010). 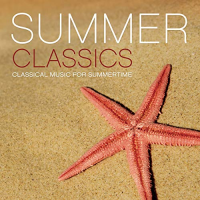 Songs from "Porgy and...

All About Jazz musician pages are maintained by musicians, publicists and trusted members like you. Interested? Tell us why you would like to improve the Milan Turkovic musician page.