Grammy award winning Boston Globe jazz critic Bob Blumenthal says, “Discover a jazz treasure. Miles Donahue is one of the best-kept secrets. Equally adept on trumpet and various saxophones and a composer of grace and originality…”

Miles Donahue’s jazz career did not begin in earnest until age 45. Although in the '60s he performed at many venues with his own group that featured Harvey Swartz, Jerry Bergonzi, Charlie Banacos, Nick Goumas and Jack Diefendorf. One of these concerts in 1972 performed with Charlie Banacos and Jerry Bergonzi became known as the famous Arlington street Church Concert.

In the '80s Miles did two albums for which he wrote all the original material with New York Philharmonic flutist Paige Brook. These two albums were released on Tioch records.

In 1992 Miles first major recording as a jazz leader was released on the Holland label Timeless Records “Double Dribble” featured Kenny Werner piano, Bruce Gertz bass and George Schuller drums. A review of this recording in Saxaphone Journal reads, “Very few musicians today have the diversity and hidden talents Miles Donahue possesses. His phrasing of tenor and trumpet, the harmonic sophistication he plays with and his ability to swing with incredible beauty, all lead to a master musician. This is one of the best CDs I’ve heard in years.

In a Jazziz magazine review of “The Good Listener” released in 1994 on the Italian label “Ram Records” the reviewer says, like Benny Carter and Ira Sullivan, Miles Donahue is a rare example of someone whose strong personality asserts itself without hesitation whether he’s picking up trumpet or saxophone.”

In an interview in Saxophone Journal Jerry Bergonzi said, “Miles Donahue is one of my favorite cats because he plays so unique and fresh. Plus the thing of trumpet and sax. To this day I’ve never heard anyone play trumpet and tenor so balanced.”

In 2002 Miles did a series of concerts with former Jazz Messenger sidemen Curtis Fuller and Billy Pierce.

Here is what Steve Greenlee (Boston Globe critic) had to say about Miles Donahue’s latest project (a four album set of standards featuring more than 20 different musicians), “Wow, what a massive impressive project.” These albums were released April 2003.

Also in 2003 Q and W records released an album “A Journey Home” under the band name Donnachadha. This CD is a departure for Miles from jazz projects and features a string orchestra, vocals and original Irish music at the core of the recording. There are 13 originals – 7 vocals featuring Corinne Chase and 6 instrumentals which showcase Miles compositional skills.

The educational book, “Jazz Workbook” was released in April 2005 by Mel Bay books. As a jazz educator Miles is much in demand and this Volume I of series of books Miles has written has received positive reviews.

In 2005, Miles released two new albums. One of the projects is an album featuring vocalist Maylyn Atkinson. This CD produced by Miles features 10 new standard arrangements and 4 originals. The second project is a new jazz album with 9 originals and 2 standards that feature Joey Calderazzo on piano, John Patittucci on bass and Adam Nussbaum on drums. These two CDs represent Miles’ tenth and eleventh albums released since 1992. Show less

A Welcome Guest: On 'Just Passing Thru' Miles Donahue Makes Himself...

“Miles Donahue is one of my favorite cats because he plays so unique and fresh. Plus the thing of trumpet and sax. To this day I’ve never heard anyone play trumpet and tenor so balanced.” 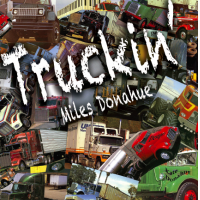 
In The Pocket / Bounce 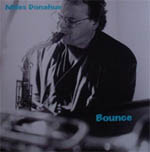 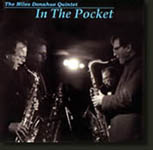 All About Jazz musician pages are maintained by musicians, publicists and trusted members like you. Interested? Tell us why you would like to improve the Miles Donahue musician page.