Lively, snappy, intuitive and captivating. Since its forming in 2005, Modern Art Orchestra has been a melting pot for the artistry of highly qualified young musicians in Hungary’s jazz, classical music and crossover scene. Founder and director of the band, Hungary’s leading trumpeter Kornél Fekete-Kovács established the first line of musicians with the dream of operating a contemporary big band which would focus on playing compositions by some of the best contemporary creative musicians of the country. Through its first years of activity, Modern Art Orchestra received masterpieces from composers like Péter Eötvös. But at that level, the career had only begun.

Since the first chapter of its story, MAO has gained the status of an internationally renowned chamber orchestra that is engaged in many genres of music including jazz, pop, classical or contemporary ensemble. It has had countless successful projects together with the world’s leading musicians from Bob Mintzer, Dave Liebman, Kurt Elling or Wallace Roney through Rhoda Scott, Julian Joseph, Mike Garson or Silje Neergard to Mezzoforte, New York Voices or Harlem Gospel Choir – just to name a few. 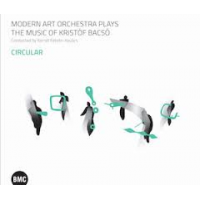 All About Jazz musician pages are maintained by musicians, publicists and trusted members like you. Interested? Tell us why you would like to improve the Modern Art Orchestra musician page.