São Paulo born Brazilian singer and songwriter Mônica Vasconcelos has been living in the UK for over a decade. She has recorded 7 albums to date.Her musical journey includes partnerships with, amongst others, UK rock legend Robert Wyatt (on her album “Hih”) and Brazilian master guitarist and composer Guinga (on her album “Gente”). She can also be heard singing the duet “Just As You Are” with Robert on his album “Comicopera”.

She has toured the UK with Guinga and has sung in London with Brazilian bossa nova icons João Donato and Marcos Valle. Leading her bands Nóis and Nóis 4, Mônica has played support gigs for Bryan Ferry, Airto Moreira and Flora Purim,Joyce, Gilberto Gil and Courtney Pine.

She was featured as a guest singer alongside major Brazilian stars such as Lenine, Zélia Duncaan, Ney Matogrosso and Joyce on Rio composer Alberto Rosenblit's album “De Bem Com a Vida”.In the UK, she has performed at major venues such as Ronnie Scott's jazz club, the Barbican Hall and the Jazz Cafe. She has also played a headline gig at Peter Gabriel's Womad world music festival and performed at major UK jazz festivals such as Brecon Jazz, Chelthenham Jazz, Southport International Jazz Festival and The Sage International Jazz Festival, in Newcastle.

In 2010, leading her new feelgood retro-groove band Vintage Brazil, Mônica played a string of Summer gigs around England, including the City of London Festival and the Bury St Edmunds Festival.

On April 2011, Mônica performed alongside her quartet Hih and guests at the prestigious Kings Place, in London. The concert was a celebration of Samba, the national Brazilian style. It featured original compositions and music by A.C. Jobim, Heitor Villa Lobos, Robert Wyatt and others, as well as poetry by Carlos Drummond de Andrade and Mário de Andrade. The poems were specially translated for the event by Kings College professor David Treece.

In the early Summer of 2014, she released the London Bossa DVD, which features a music performance and a documentary. It brings together some of Mônica's long standing collaborators and friends, and celebrates their 20 years of music-making in the London where they all met. Among the DVD guests are Steve Lodder, Ife Tolentino, Paul Jayasinha, Chris Wells, Dudley Phillips, Adriano Adewale and Robert Wyatt.

On June 12th, Mônica and her London Bossa Collective played a moving concert in Trafalgar Square, celebrating the opening of the World Cup in Brazil.

In that same month, she won Gold at the 2014 New York Festivals International Radio Programme Awards for the documentary “The Secret History of Bossa Nova”, which she presented on BBC Radio 4 in September 2013.

Mônica is now putting the final touches to her new album, “The São Paulo Tapes”. Put together with the help of her friend Robert Wyatt, TSP Tapes is a selection of songs written by some of Brazil's greatest song poets as a response to the military dictatorship that took over the country between 1964 and 1985. Partially financed by crowd funding, the album is due to be released in the Autumn of 2016. Show less 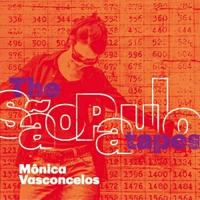 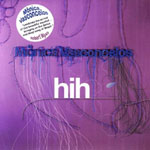 All About Jazz musician pages are maintained by musicians, publicists and trusted members like you. Interested? Tell us why you would like to improve the Monica Vasconcelos musician page.