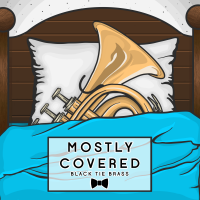 Mostly Covered was recorded at two highly influential studios to the band. Tracks 1-3 were recorded and mixed at Bunker Studios with Aaron Nevezie. Tracks 4-6 were recorded at Dream Recording Studios with Chris Wallitsch. All tracks were mastered at Bunker Studios by Alex DeTurk. Black Tie Brass, or BTB, came together in 2013 right after going to college together and quickly crowdfunded then recorded their self-titled debut album. These friends blended a sound completely their own described by Neon Jazz as “The hunger of youth, the talent of experienced young musicians and their ability to meld together a truly unique, 21st Century jazz sound that would make the giants of the old school jazz Jedi council proud.” BTB has been the band behind many of Long Island’s best performers such as America’s Got Talent finalist Sal “The Voice” Valentinetti, Epic Records Nick Tangorra, American Idol finalist Robbie Rosen, New Life Crisis, and many more. Under the artistic direction of Black Tie Brass’ bandleader Ryan McNulty and performed by BTB, Sal Valentinetti’s debut album reached #1 on the Billboard Jazz, iTunes, Jazz, and Amazon Jazz charts. Black Tie Brass members have also played with High & Mighty Brass Band, Irreversible Entanglements, and many other touring bands. 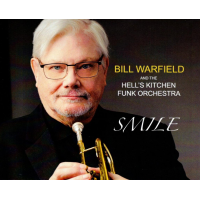 All About Jazz musician pages are maintained by musicians, publicists and trusted members like you. Interested? Tell us why you would like to improve the Mostly Covered musician page.