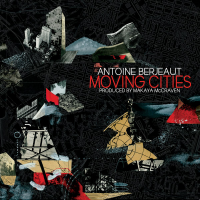 Bridging the spaces between the Paris and Chicago scenes, Moving Cities brings together the best of both worlds. Initiated by French trumpet player Antoine Berjeaut and Chicago-based drummer/producer Makaya McCraven (along with a cast including bassist Junius Paul and saxophonist Julien Lourau), Moving Cities is emblematic of a new, utterly modern jazz going through a true aesthetic revolution. Moving Cities started as a live laboratory set up by Berjeaut and McCraven; it echoes the recent evolution of international metropolises constantly torn between individualism and collective endeavors, in a disrupted geography.

All About Jazz musician pages are maintained by musicians, publicists and trusted members like you. Interested? Tell us why you would like to improve the Moving Cities musician page.