Hailed “one of the best jazz-pop vocal groups in the world” by the San Francisco Chronicle, m-pact is respected worldwide as a cutting edge trailblazer in the realm of vocal music. Emerging from an age of auto-tune and overproduction, this Los Angeles-based ensemble has cultivated a new generation of ears hungry for the fresh, raw power of nature's “first instrument” - the human voice.

From the beginning, the “pact” of these well-studied masters has been to stay true to Music, regardless of style or genre. Their sophisticated sound and accessible appeal have garnered vast accolades, from Vocal Group of the Year (the LA Music Awards), an Indie nomination (the Independent Grammy), and Artist of the Year (Seattle Music Awards), to Grand National Champs of the Harmony Sweepstakes competition. Touring renowned fine arts halls and jazz festivals across four continents, m-pact has performed with pop superstars Sheryl Crow, Boyz II Men, Natasha Bedingfield, and Ray Charles to name a few; as well as with jazz legends Natalie Cole, Bobby McFerrin, the Woody Herman Orchestra, the Maynard Ferguson Big Band, and many others. Over the last 2 decades, their signature sound has been used in both TV themes and animated Disney feature films, and is enjoyed on jazz and pop radio worldwide.

In the summer of 2016, m-pact announced the retirement of the band's two founding members, Trist Curless (now with The Manhattan Transfer) and Marco Cassone, prompting a significant “re-boot” and revamping of the m-pact lineup. The result of the ensuing nationwide talent search is a jaw-dropping collection of America's most exciting vocal talent. Led by m-pact veteran singer, beatboxer, and artistic director Jeff Smith, these young pro's are not only tremendously gifted, but are deeply committed to continuing the traditions of innovation and excellence which have made m-pact an international sensation. As m-pact enters their third decade, they are once again breaking new ground with new recording projects, music videos, and awe-inspiring live performances. The group's multiple fine arts showcases have resulted in their being one of the most- requested acts of the year, and have left no doubt that m-pact's music will continue to reach music lovers around the world for many years to come. Show less

m-pact Vocalist Los Angeles
”One of the best jazz-pop vocal groups in the world” - San Francisco Chronicle ”A vocal wall of sound” - NPR ”Polished performers...among the best in the country” - NBC's The Today Show 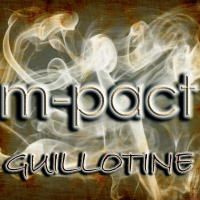 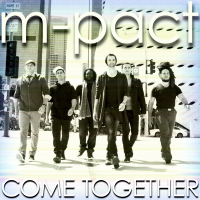 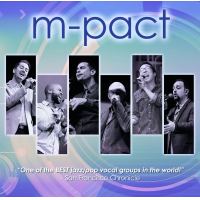 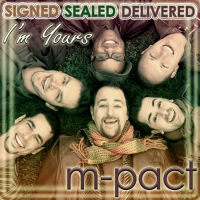 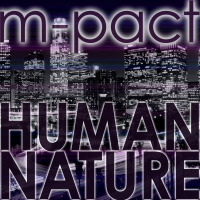 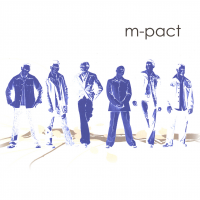 All About Jazz musician pages are maintained by musicians, publicists and trusted members like you. Interested? Tell us why you would like to improve the m-pact musician page.