Ned Serling’s music consists of a groove-based synthesis that draws from jazz, funk, deep house, worldbeat, ambient, trip-hop, electronica, and literary influences. This approach - WORDBEAT - creates a compelling platform to deliver deep poetic lyrics, expressed both through spoken word and singing, often incorporating Sprechgesang (a speaking-singing hybrid). His mission involves building meaningful connections with a global audience, using WORDBEAT as the vehicle. He strives to offer compelling content with depth for his listeners to benefit from and enjoy. Ned values collaborating with producers and instrumentalists with whom there is natural chemistry and shared inspiration. The son of literary parents, Ned’s life story reads like the literature which permeated his childhood home. Raised in Pennington, New Jersey and Saratoga Springs, NY, Ned’s thirst for adventure took him on the road by age 14, when he launched into seven years of hitchhiking, riding buses, and train-hopping throughout the United States and Europe, often leaving the road to venture deep into the wilderness. His backpack, sleeping bag and notebook became his chosen home. During this period, Ned discovered a two-year college which suited his journey: Deep Springs College - a small unique liberal arts school with twenty-four students on a working cattle ranch in an isolated high desert valley, north of Death Valley, California, where he found kindred spirits, the depth of desert silence, and its power to fuel inspired thought

. Along the way, Ned discovered and embraced a passion for African and Latin percussion, which, after studies with teachers in Paris, New Haven, and New York, ultimately led him to travel on his own to West Africa, where he lived and drummed for the better part of a year with the Yoruba tribe in Southwestern Nigeria and the Dagbomba tribe in Northern Ghana, managing to overcome both debilitating illnesses and a near trip to prison, due to accusations in Ghana of being an American Israeli spy. Today a Torah-observant Jew, Ned grew up with zero ties to his Jewish roots. At age twenty, following an arresting dream he had while visiting New Orleans, he travelled to Jerusalem to meet the girl who had appeared to him in his dream. Several months later, while living with that girl in a cave in the Sinai desert, he had an epiphany that the roots of his identity lay in his being a Jew, upending his entire sense of self and destiny, and propelling him on a search to understand what it means to be a Jew. A magna cum laude graduate of Yale University, Ned’s life has been peppered with an array of jobs - a King Crab processor on a ship in the Aleutian Islands, an au pair in Paris, an assembler of telephone booths on a kibbutz in northern Israel, a furniture salesman in Manhattan - as well as a series of divergent professions. In the late 80’s, after his time in West Africa, Ned became a street performer in the New York subways, chanting his poetry to the accompaniment of his percussive grooves, going on to become a busy performer, teacher and dance accompanist in the clubs, streets and studios of New York. Later, after marriage and with the birth of his four children, he built a successful fashion accessories business, and then spent more than a decade as an international investment manager on Wall Street and in London. Ned then left the world of business and finance in order to move with family to Jerusalem and to return to the pursuits closest to his heart - music, writing, and learning. Through these many chapters, one theme has persisted - the relentless search for meaning, and the continual effort to translate that search into compelling poetic verse. Ned's body of lyrics reflects the paradoxes and resultant struggles of his life and personality: a free-spirit who follows his passions as a musician, poet, writer and world-traveller, while also a grounded family man, a successful entrepreneur and investor, living the disciplined life of an observant Jew. Over the years, Ned has performed in a number of venues including, in New York, The Nuyorican Poets Cafe, Nell's, Mikells, The Barefoot Ballroom, and The Henry Street Settlement House. In Israel, he’s played The Yellow Submarine, Zappa, and a myriad of venues in the local theatre scene. “WORDBEAT’s the thing that makes the mind swing!” Show less 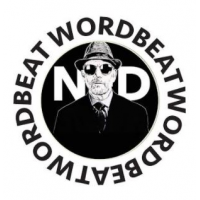 All About Jazz musician pages are maintained by musicians, publicists and trusted members like you. Interested? Tell us why you would like to improve the Ned Serling musician page.