Seattle-based saxophonist Neil Welch represents a new breed of young players who thrive in today's eclectic musical atmosphere. With one foot rooted in the tradition of those who have preceded him (one can't mistake the influence of John Coltrane and Pharaoh Sanders in Welch's playing), Welch forges ahead creatively, drawing from diverse influences, under the umbrella of improvised music, with a solid foundation not often found in such a young player.

With his debut release, Narmada, Neil Welch has established himself as a creative force in the Seattle jazz scene. Joining Neil on the album are a number of Seattle's young lions, as well as world-renown sitarist Debi Prasad Chatterjee, and Tor Dietrichson on tablas- who with Neil also comprise the traditional Hindustani ensemble, Nada Brahma. Narmada effortlessly draws from Welch's diverse musical influences with an honesty that accommodates his almost spiritual approach to improvisation. The core of the rhythm section (with Chris Icasiano on drums and Luke Bergman on bass) bring a driving, post-bop approach that underpins Welch's compositions, giving the record fire, shape and unity.

Neil Welch holds a degree in Jazz Studies from the University of Washington, where he studied with Michael Brockman, Vern Sielert, and Grammy-nominated pianist Marc Seales. He was a member of the Hal Sherman Big Band, and has performed with the Seattle Repertory Jazz Orchestra, Jay Thomas's Usual Suspects, and the Jim Cutler Big Band. Welch has performed extensively in the U.S., and abroad, including such venues as Jazz At Lincoln Center, Benaroya Hall, and the Paramount Theatre, as well as at various clubs throughout the United States, England, France, Germany, Austria, Switzerland, and Belgium. He has shared the bandstand with Wynton Marsalis, Phil Woods, John Clayton, Brian Lynch, Bobby Shew, Terrell Stafford, Ingrid Jenson, Terri Lyne Carrington, and Scott Wendholt, among others.

From a young age, Neil Welch has been recognized for his prowess as a saxophonist. A member of the acclaimed Edmonds Woodway high school jazz ensemble, Welch participated in the Essential Ellington jazz festival at Lincoln Center, where he was presented the “Outstanding Tenor Sax Soloist” award by Wynton Marsalis. In 2003 Neil Welch was awarded a full scholarship to attend a week-long seminar conducted by the Vail Jazz Association, with such faculty as John and Jeff Clayton, Bill Cunliff, Terrel Stafford, and Lewis Nash. In 2005 Welch received the “College Tenor Saxophone Soloist” award at the Lionel Hampton Jazz festival. Neil is an active clinician and teacher, and performs regularly throughout the Northwest with his groups Trio Concept, Nada Brahma, and this newest endeavor fusing traditional Hindustani music with modern jazz.

Read more articles
”Every time I get to my mail of a dozen or so CDs a day to open and slip into the player, I pray that there'll be a chestnut like Neil Welch's Narmada awaiting my ears.” 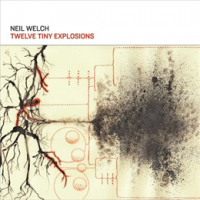 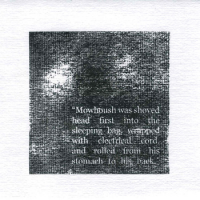 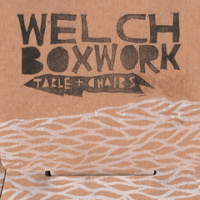 All About Jazz musician pages are maintained by musicians, publicists and trusted members like you. Interested? Tell us why you would like to improve the Neil Welch musician page.