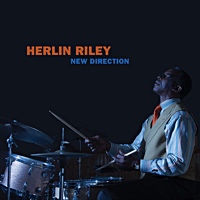 For all of the hard rhythmic driving intensity of New Direction, Riley is not one of those drummers who needs to blast away to captivate listeners and to remain engaged. In these powerful arrangements, you can discern Riley’s fascination with complex rhythm cycles, where each man’s instrument seemingly functions as a direct extension of the drummer, by layering contrasting metric accents one upon another with varying degrees of intensity, often as a prelude to some vigorous theme and variation by this most melodic of drummers.

All About Jazz musician pages are maintained by musicians, publicists and trusted members like you. Interested? Tell us why you would like to improve the New Direction musician page.