Since 1994 when Nicholas Payton made his recording debut as a leader with From This Moment, the trumpeter has been lauded as a significant, top-tier voice in jazz. Even though he started out as a “young lion of jazz,” heralded as one of the new-generation guardians of the hard bop flame, Payton consistently committed himself to discovering his voice outside of the strict confines of that rearview mirror approach to the music.

While his jazz journey has taken him down many roads”from heritage artist to electric experimenter”the 34-year-old trumpeter arrives at a new plateau of jazz maturity with Into the Blue, his ninth album and his first for Nonesuch . It’s at once a nod to the past and a leap into the future. “It’s an amalgam of every recording I’ve done up until now,” says Payton. “As a musician, as an artist, you’re always trying to zero in on the bull’s eye as a means of becoming a better version of yourself. With Into the Blue, I’ve been able to find the kind of music that’s more inclusive of all of my life. The approach and the ideas of my music have become more singular, more cohesive. I had no agenda in terms of a specific genre or style, only to be true to who I am now.”

Into the Blue is a collection of ten tunes steeped in melody and groove that Payton says “embodies the sensibilities of beauty, elegance and simplicity” and delivers “danceable tempos.” He adds, “The true staples of jazz for me”the hallmarks of the music throughout its history”are love songs and the element of dance.” In addition to seven originals that range from the funky upbeat to the melancholic slow burn, the album includes two tunes by the trumpeter’s bassist/composer father, Walter Payton (the opening love song written for his wife, “Drucilla,” and his walking bass line-driven “Nida,” a celebration of his two sons, Nicholas and Dario) and a cover of the Jerry Goldsmith song “Chinatown,” from the movie of the same name. Joining Payton, who also sings on the hushed ballad, “Blue,” are acoustic and Fender Rhodes pianist Kevin Hays, acoustic bassist Vincent Archer, drummer Marcus Gilmore and percussionist Daniel Sadownick.

Instead of being recorded in a New York studio, Payton felt that it was fitting for the setting to be in his New Orleans hometown. “The focal point of the album is strength in subtly and understatement, a quiet revolution of sorts through love,” he says. “Even though the city has undergone tremendous change lately, it still represents a consistent foundation for me.”

Payton exhibits tonal clarity throughout, avoiding the bursts of clarion exhilaration often associated with the trumpet. “I wanted to keep my playing within a certain range,” he says. “I didn’t want to play too high or too low. I was going for the sweet register of the horn so that I could play with color and richness. The trumpet can be such a brassy, powerful instrument, but I wanted to focus more on the core of the sound by staying close to the middle.”

Born into a musical family (he remembers sitting under the piano while his father rehearsed with his band) and mentored by two Crescent City jazz masters (Clyde Kerr Jr. at the New Orleans Center for Creative Arts and Ellis Marsalis at the University of New Orleans), Payton was well-prepared to leap into the jazz fray when he emerged on the New York jazz scene in the early 1990s. He impressed fellow New Orleans native and Jazz at Lincoln Center Artistic Director, Wynton Marsalis and was a regular in the early years of programming at the institution. Payton went on to put his own spin on Louis Armstrong-associated music on his sophomore CD, the appropriately-titled 1995 disc Gumbo Nouveau. While over the next several years, Payton continued to hone his craft working with such jazz legends as Doc Cheatham (on their Grammy Award-winning 1997 eponymous duo), Hank Jones, Elvin Jones, and Ray Brown, in 2003 he boldly moved beyond the straight-ahead. He shocked the jazz world with his adventurous CD Sonic Trance, an exhilarating plugged-in outing infused with elements of hip-hop, electronica, and effects-driven trumpeting.

“I wanted to make a shift to the other extreme,” Payton says. “I had been recording albums more in line with traditional jazz. Sonic Trance was all about breaking free from that. Now, I want to fuse those polarities, I'm seeking a more centered vision with Into the Blue.” He says that when he was in his 20s, it was as if he were living two lives”one being a young-lion torchbearer for making the music sound a certain way in 4/4 time with a swing feel, the other being at home with the musical experimentations of Miles Davis and John Coltrane, the electric fusion of Return to Forever and Weather Report, soul and R&B from Stevie Wonder to Anita Baker, and hip-hop.

The first CD he’s recorded since he entered his 30s, Into the Blue stands, Payton says, “most solidly in a place where I’m coming to terms with who I am. I’ve weeded out those things that don’t feel right for me. I’m not out to try to impress and I’m not worried that what I play is going to upset some people. I want to write and play music that speaks for me and means something to me, that I feel passionate about.”

Grooves are central to the project. “I was writing a lot from a groove first before melody,” Payton explains. “I was writing conga parts, real specific parts written out. I wanted that dance element that was there at the roots of jazz. I feel a lot of jazz has gotten away from that legacy.” He adds, “Whereas experimentation has its advantages, some things should always remain the same.”

Indeed, Into the Blue marks some impressive pushing on Payton’s part. He delivers a sweetened rhythmic brew on the Rhodes”driven “Let It Ride,” which he says exemplifies ”the feel of this album…that’s the feeling that comprises everything I love in music.” “Triptych” extends the groove deeper as Payton soars elegantly above. “The Crimson Touch” is invigorated by the trumpet-piano interplay while “The Backwards Step” starts out with Payton’s lyrical rumination and develops into a relaxed vibe with a Latin spice. In a nod to the Big Easy, “Fleur de Lis,” with its swirling soundscape, is “a melody in the middle zone,” Payton says, “where we’re deliberately trying to play everything soft.” Into the Blue concludes with a surge in velocity, as Payton and co. take a percussive jaunt through “The Charleston Hop (The Blue Steps),” which offers the leader the opportunity to energize the trumpet in typical fashion. “I wanted to include at least one tune here that shows I still know how to burn out,” he says.

Into the Blue is produced by Bob Belden, known not only for his own groups but also for his integral role in issuing the Columbia/Legacy box sets of Miles Davis music. “Bob and I have been friends for years,” says Payton. “I go to his house when I’m in New York and he always turns me on to some new bootlegs he’s unearthed. I’ve always been leery of working with a producer, which is why I’ve produced most of my own albums. For Into the Blue, though, I thought that if I were to work with a producer that person would have to share a certain sensibility in music, someone who really hears and understands and has taste. Bob is the cat. It was great having another set of ears I trust for this project.”

Nicholas Payton (born September 26, 1973) is a jazz trumpet player from New Orleans, Louisiana. The son of bassist and sousaphonist Walter Payton, he took up the trumpet at the age of four and by the time he was nine he was playing in the Young Tuxedo Brass Band alongside his father. Encouraged by Wynton Marsalis, who was himself involved in New Orleans' jazz and brass band music in his youth, Payton played semi-professionally throughout his grade school years and at the age of 12 played with the All Star Jazz Band at festivals throughout the United States and Europe. Upon leaving school he enrolled first at the New Orleans Centre for Creative Arts and then at the University of New Orleans, where he studied with Ellis Marsalis.

Payton's Place, Payton's third album as a leader.After touring with Marcus Roberts and Elvin Jones in the early 90s Payton signed a recording contract with Verve; his first album, From This Moment, appeared in 1994. In 1996 he performed on the soundtrack of the movie Kansas City, and in 1997 received a Grammy Award (Best Instrumental Solo) for his playing on the album Doc Cheatham & Nicholas Payton. After seven albums on Verve Payton signed with Warner Bros. Records, releasing Sonic Trance, his first album on the new label, in 2003. Besides his recordings under his own name, Payton has also played and recorded with Wynton Marsalis, Christian McBride, Joshua Redman, Roy Hargrove, Doc Cheatham and Joe Henderson.

”The essence of New Orleans.” —NPR 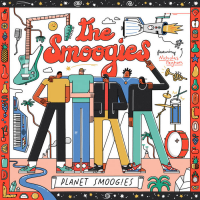 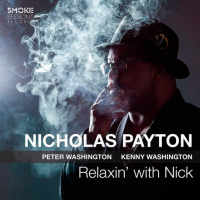 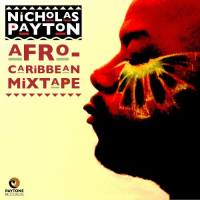 All About Jazz musician pages are maintained by musicians, publicists and trusted members like you. Interested? Tell us why you would like to improve the Nicholas Payton musician page.