Born in Florence (Italy) on September 13, 1975, started studying clarinet at the age of 6, graduating from the Luigi Cherubini Conservatory in Florence in 1993. He continued to perfect his art by attending seminars held by famous jazz musicians such as Dave Liebman, Tony Scott etc., performing, since 1987, in theatres, clubs, festivals, and on Italian RAI Television broadcasts. He has given many concerts as a soloist as well as performing in big bands, symphonic orchestras and jazz groups both as leader or as sideman in situations ranging from classical music to jazz, from funk music to acid jazz.

He has recorded, since 1998, with many jazz, funk and pop groups as well as collaborating in the realization of jingles and tunes for TV. Since 1999 he has been collaborating with famous musicians such as Stefano Bollani and Enrico Rava.

In 2000 he was awarded the “Massimo Urbani Award” as the best Italian jazz talent.

In 2003 he has recorded his first jazz album as a leader the Nico Gori Quartet “Groovin’ High” for the Philology label, with Ellade Bandini, Massimo Moriconi, Sandro Gibellini and Renato Sellani as a guest.

He has been a member of Stefano Bollani’s New Quintet since 2004, performing in Festivals and Theatres all over the world: Umbria Jazz in Melbourne (Australia), Dinant Jazz Festival (Belgium), TIM Festival in Rio de Janeiro and S. Paolo (Brazil), Umbria Jazz in Yugoslavia, Umbria Jazz Summer 2005, Umbria Jazz Winter 2011, Ginza Jazz Festival in Tokyo (Japan) and many others. In 2005 he recorded with the Stefano Bollani Quintet the double CD “I Visionari”, with guest violinist Mark Feldman, for the French label Label Bleu. He collaborated, again with Bollani, on the projects: “Nuvole”, and the new edition of “Gnosi delle Fanfole”.

Since 2007 Nico is a member of the trio “Band au Neon”, based in Copenhagen with the two Italian musicians Paolo Russo and Francesco Calì. With Band au Neon he did many concerts in Denmark and Sweden and he recorded the album “Il Segreto” for the Danish label Bro-Recordings by Christian Brorsen.

In 2008 he recorded again with the Bollani Quintet “I Visionari” on a new album, “Ordine Agitato”. He also recorded in Rio de Janeiro the album “BollaniCarioca” for the Universal label. This project included some of the greatest Brazilian musicians: Marco Pereira, Jorge Helder, Ze Nogueira, Armando Marcal, Jurim Moreira, Ze Renato and Monica Salmaso.

Since 2005 Nico Gori is the leader of a quartet formed by French musicians, frequently performing all over Europe, and has recorded a CD “Alien in your head” for the Double Stroke Record label. Nico Gori is also a member of an Italian-Hungarian Quartet with the well known musicians K.Olah, J. Egri and P.Borri.

In 2006 he became clarinet and first alto sax soloist in the Vienna Art Orchestra conducted by Mathias Rüegg. He toured with the band for three years in all European countries and in Cuba, performing several concerts and giving many workshops.

In July 2008 Nico Gori toured with the Stefano Bollani Carioca project and he performed in most of the major Italian jazz festivals. With the same band he did two concerts with the legendary Brasilian vocalist Caetano Veloso as a guest at Umbria Jazz and at the Cagliari Jazz Festival.

Since 2009 Nico Gori started collaborating with two American legends of jazz, trumpeter Tom Harrell and pianist Fred Hersch. He recorded the album “Shadows” with his quartet featuring Tom Harrell, released for Universal Music. With the duo project with Fred Hersch, they have performed all over Europe and in New York’s best venues, like Caramoor Jazz Festival, Kitano Jazz Club and The Falcon. They have released on March 2012 their first CD “Da Vinci” for the French label “BEEJAZZ” for Europe and NAXOS for U.S.A. and Canada. Nico Gori and Fred Hersch recently toured for the presentation of the album “Da Vinci”. They performed at the prestigious and historic Montmartre jazz club in Copenhagen and at the Sunset/Sunside in Paris.

Since February 2015 he moved back to Italy where he recorded the new album of his own compositions “Il Gioco dei Contrasti”, leading the quartet with Alessandro Lanzoni, Gabriele Evangelista and Stefano Tamborrino. The album was released in March 2015 attached to the prestigious italian magazine Musica Jazz. It marks the beginning of a long series of concerts of in Italian jazz festivals including Vicenza Jazz Festival, Serravalle Jazz Festival with guest Flavio Boltro, Massarosa and Giotto Jazz Jazz Festival.

In the summer of 2015 Nico Gori built up, together with the Pisa Jazz Association and Francesco Mariotti, a new project called “Nico Gori Swing 10tet”. It is a “small band” composed of 10 musicians that offers a swing repertoire between original songs and arrangements of the leader, referring to the dance nights of America of the ’30s and’ 40s. The tentet has three records: “Dancing Swing Party” (Exwide 2016), “Swingin ‘Hips” (Saifam Group 2018), “The tentet is coming to town” (Saifam Group 2018) and multiple performances in festivals and shows in Italy. The group boasts in fact important collaborations with the likes of Renzo Arbore, Stefano Bollani, Rossana Casale, Fabrizio Bosso and Drusilla Foer, with whom he has recorded and performed in some of the most prestigious Italian jazz festivals including Umbria Jazz, Ancona Jazz and Ravenna Jazz.

In 2016 Nico Gori released a new album in quartet with the “Sea Side Quartet” with Piero Frassi on the piano, Nino Pellegrini on double bass and Vladimiro Carboni on drums. This is a double album produced by Philology titled Opposites, or two diametrically opposed discs. The first one is entirely dedicated to ballads, to slow but rhythm songs; the second one is composed of fast and energetic pieces, without forgetting the melodic aspect.

From 2015 he also resumes the collaboration with Stefano Bollani recording the album “Napoli Trip” (Universal) and completing two Italian tours and multiple concerts abroad with the quartet composed by Daniele Sepe and Bernardo Guerra. On the occasion of the recording and the first tour of the Naples Trip disc, Nico Gori also has the opportunity to perform with two exceptional drummers such as Manù Katchè and Jim Black.

In 2003 he was invited to hold a seminar and three concerts in the Washington University in St. Louis, U.S.A., performing with American artists including Dave Weckl and Tom Kennedy.

In March 2004 he held several seminars and concerts in Turkey with his own quartet for the Italian Cultural Institute in Ankara and Istanbul, during the Italian Jazz Week in Turkey. He gave in the same tour also a masterclass at the Bilgi University of Istanbul.

In 2007 he perfomed and hold a seminar with the Vienna Art Orchestra at the Conservatory of Music “Amadeo Roldán” in L’Havana, Cuba.

In March 2013 he gave a weekly masterclass and concerts in Izmir, Turkey, for the Izmir Jazz Festival.

From September 2015 Nico Gori is professor of “Jazz Improvisation” at the Accademia Europea of Florence and continues an intense activity of private education, master classes in Conservatories and Universities and informative meetings for middle and high school.

From 2017 Nico Gori is a professor of saxophone, clarinet and jazz ensemble music at the prestigious Scuola di Musica di Fiesole.

From 2018 Nico Gori is a professor at at the prestigious Siena Jazz Univerity. Show less 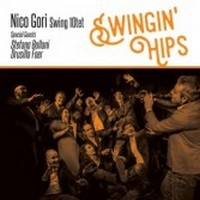 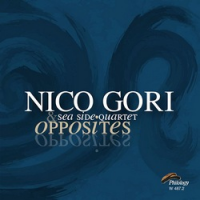 All About Jazz musician pages are maintained by musicians, publicists and trusted members like you. Interested? Tell us why you would like to improve the Nico Gori musician page.