Over the last few years Bedfordshire born Nikki Iles has progressed into the front rank of British jazz musicians. From a musical family, she first became aware of jazz through her father's record collection, and began playing the harmonica and clarinet at her primary school. At eleven she won a Junior Exhibitioner's Scholarship to the Royal Academy of Music, studying piano and clarinet, and was soon a member of the Bedfordshire Youth Jazz Orchestra. It was at this time that the piano took over as Nikki's principal instrument.

During this period her involvement with jazz was deepening, prompting the decision to study at The Leeds College of Music between 1981-84 and eventually she settled in Yorkshire before finally moving back to London in September 1998.

The first platform for her own composing was the group Emanon, led by trumpeter Richard Iles, which also included the guitarist Mike Walker and saxophonist Iain Dixon. The meeting of these kindred spirits at this time was extremely significant for all of them. In addition to Emanon, they were all members of the Creative Jazz Orchestra, working with Vince Mendoza, Anthony Braxton, Mike Gibbs, Kenny Wheeler and Mark Anthony Turnage. Nikki also began playing with several London based bands including the Steve Arguelles group, Mick Hutton's Straight Face, Stan Sulzmann's Quartet and Tina May. Throughout this time up north Nikki also maintained an important musical relationship with the bass-player Steve Berry which beginning as a trio with Sheffield drummer, Pete Fairclough.

Despite having to travel to London more and more, Nikki could still be found serving a lengthy apprenticeship in the North of England with particular support from Wakefield Jazz Club's Alec Sykes. He continued booking her to play with the likes of Dick Morrisey, Jim Mullen, Pete King, Iain Ballamy, Scott Hamilton, Art Farmer and Teddy Edwards. This was an invaluable experience and helped forge many friendships and musical connections that she could re-kindle later.

In 1996, Nikki won the John Dankworth Special Award at the BT British Jazz Awards and that same year recorded a duo CD, Treasure Trove, with Stan Sulzmann. A year later, she recorded a duo CD with Tina May, Change of Sky, and a CD with Martin Speake, The Tan Tien. These CDs were the beginning of three important ongoing musical relationships.

Following a serious car accident late one night after a gig, Nikki decided that it was time to make the move to London. Fortunately, a senior lecturership at Middlesex University became available and this eased the move. Composition still remained a major part of her musical life, and she had commissions from the Creative Jazz Orchestra for the “Printmakers Suite” (1994), celebrating the role of women in jazz, several from New Perspectives, in particular “In All My Holy Mountain” with poet Roger Garfitt (1998 - 2001), a piece for the London Sinfonietta Ellington Celebrations (1999), and Tim Garland’s Northern Underground Band (2006) - see commissions page.

The breadth of Nikki's artistic vision has led her to disregard the arbitrary boundaries of the jazz scene hence another commission, by Cheshire Libraries and Arts, led to her working with writers groups in that county, and in 1994 she was one of the musicians collaborating with the IOU theatre group in “Distance No Object.” Yet another collaboration found her working with the American dancer/ choreographer Mimi Cichanowicz and also alongside Rufus Reid and Tim Garland with the London Philharmonic Orchestra’s contemporary group “Renga.”

Astonishingly, Nikki's busy performance schedule has not prevented her from developing a parallel career as a widely respected teacher and she has acted as a tutor at numerous workshops and summer schools around the world whilst maintaining active links with most of the London colleges. Her tireless education work was recognized this year through her nominations at the 2007 and 2009 Parliamentary Jazz Awards for Services to Jazz education.

Additionally, she has been part of a team at The Associated Board of the Royal Schools of Music, developing an exciting new series of graded exams for jazz horns launched in June 2003 followed by jazz flute and further developments this year at grades 6 - 8. It is work to which she is evidently dedicated - “it's a constant challenge and I've learnt so much myself.” Such typical modesty shouldn't be allowed to obscure the fact that Nikki Iles has fast become a major presence in the British jazz world.

Playing highlights in the last couple of years have included The Julian Arguelles Octet, The Kenny Wheeler Big Band, The Anglo Canadian Project, Toronto with Kenny Wheeler and Norma Winstone, Tony Coe and Tina May, The Printmakers with Norma Winstone and Mike Walker, Martin Speake’s ECM tour, Japan with Karen Sharp and Tina May, “Renga,” with Rufus Reid . This year also sees the release of recordings with Tina May (“I Never Told You on 33 Records), The Secrtet Quartet (Bloor St on Edition Records), A recording with great Canadian Trumpeter Kevin Dean and Toronto bassist Duncan Hopkins with Stan Sulzmann and Stephen Keogh ) and the long awaited trio date with the great Rufus Reid and Jeff Williams, recording in New York in September (on Basho Records). 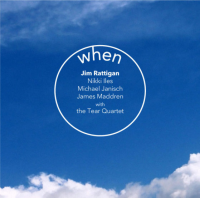 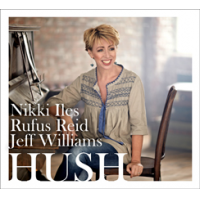 All About Jazz musician pages are maintained by musicians, publicists and trusted members like you. Interested? Tell us why you would like to improve the Nikki Iles musician page.