Nina Ernst is a singer and actress, based in Berlin, Germany.

She grew up near Hamburg, where she completed her education at the „Stage School of Music, Dance and Drama“ and the „Schule für Schauspiel Hamburg“. She then moved to Berlin, where she discovered her love for jazz singing. In addition to her classical singing training, she took lessons with jazz legend Sheila Jordan, among others.

In 2006 she interpreted German folk songs in Brazilian music style on the album “Degas/Weiser - Heimat, von fern so nah” (label: Piranha Musik), with which she subsequently toured South America.

2009 she recorded the Bossa Nova - CD “Nina Ernst canta Jobim” in Rio de Janeiro (label: Fina Flor), which has received many good reviews in Brazil and was even praised by Bossa Nova legend Leny Andrade (quote: “One of the best Bossa Nova CDs I have heard”).

In São Paulo she performed for the video projects “CROSS” and “Rawar Cabaret” by the photo and video artist Gal Oppido. 2014/15 she toured as guest singer with Dieter Meier (Yello) on the international “Out of Chaos” tour (Berlin, New York, London, Zurich etc.).

Since 2014 she was touring with her band - consisting of musicians of the elite of Brazilian instrumentalists - and her own show concepts “Marlene Dietrich meets Tom Jobim”, “The Wall and the longing”, “Nina Ernst sings Hildegard Knef”, “The journey of Rita Lee to Germany” and “On the Tracks of Caterina Valente” live on behalf of the German Embassy and various consulates in Brazil and Argentina.

In 2017 she was invited to the “Bossa Nova in Concert” festival in Rio de Janeiro with her show “Nina Ernst canta Jobim”.

In 2019 she was guest singer on the DVD of the live recording “Fábio Carneirinho em Paris” with Forró - music underneath the Eiffel Tower and presented her show “A Dor do Amor” with Brazilian lovesongs in Rio de Janeiro.

In her latest music and video project “A Diva's Mind” she brought the threads together and connected top- class artists from the two cities of Berlin and São Paulo in a creative collaboration. The album “A Diva's Mind” (label: Fina Flor) was released worldwide at the end of 2019.

Together with Brazilian singer Tico de Moraes she recorded the duet “Desarvorar” in 2020. Show less 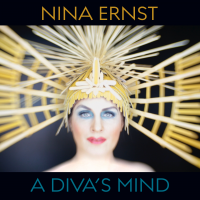 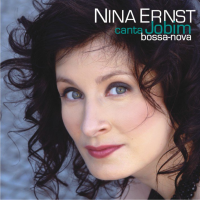 All About Jazz musician pages are maintained by musicians, publicists and trusted members like you. Interested? Tell us why you would like to improve the Nina Ernst musician page.