NOAH BERNSTEIN is a saxophonist/composer active in the boundless expanses of the Portland, OR music scene. As a freelance musician, Bernstein finds himself in a plethora of musical backdrops. Current projects include his own sextet with saxophone quartet, bass, and drums (which just released its debut album “Six”), avant-garde champions Get Smashing Love Power, contemporary jazz/groove crooners Darren Kleintet, and bebop/free-jazz fusers Free-Bop Quartet. Most recently he can be found touring the world with the Oakland- based indie rock band tUnE-yArDs.

Bernstein holds degrees in jazz saxophone performance from Oberlin Conservatory and in creative writing from Oberlin College (’06). During his tenure he had the honor of studying under such venerable jazz innovators as Gary Bartz, Robin Eubanks, Billy Hart, Donald Byrd, and the late Wendell Logan.

A respected advocate for live music, Bernstein spent a year after graduation forming a Sunday night jazz series at The Feve in downtown Oberlin. (The series continues to this day.) Upon moving to Portland in late 2007, he devoted three years to curating shows five nights a week at the Camellia Lounge in Portland’s Pearl District. His efforts transformed the venue from an obscure tea-house/bar to one of the more well-respected hosts of jazz performances in the city.

Bernstein grew up in rural Vermont. He carries with him its brooding forests and rolling hills wherever he goes.

“...one of the most satisfying listens of the year.” -Free Jazz

“...an auspicious debut [...] we haven’t heard the saxophone quartet used quite in this way before...” -Jazzscene 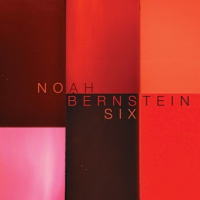 All About Jazz musician pages are maintained by musicians, publicists and trusted members like you. Interested? Tell us why you would like to improve the Noah Bernstein musician page.