Nuance Jazz Band is an Armenian ethnic jazz sextet active since 2009. Founded and led by Garik Saribekyan, Nuance is one of the most recognised and ethnically sounding bands on Yerevan jazz stage.

The current members of the band are

In 2015 , Nuance won “The Best Jazz Composition of the Year” award by local radio station Radio Van, with their composition called “Zartonq”.

In 2016 April, Nuance has performed a concert for the Aurora Prize nominees in Mezzo Classic House Club. 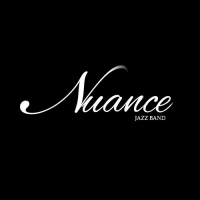 All About Jazz musician pages are maintained by musicians, publicists and trusted members like you. Interested? Tell us why you would like to improve the Nuance Jazz Band musician page.