NUNUN is a duo featuring Cesare Discepoli (guitar, synth) and Massimo Discepoli (drums, electronics), that play music featuring improvisation and electronics side by side with traditional instruments (guitar, drums). The duo's music is open to every kind of stylistical contamination and influence, from ambient to jazz, from modern electronic to avantgarde

Cesare Discepoli starts the ZX81 project in 2000 with the “0” CD-R, featuring ambient-noise-isolazionist music mainly recorded with electric guitar. In 2006 he produce his first official CD “ZX81” (Rustblade) a crossover between ambient sounds and industrial rhythms; he's featured in the Schlagstrom! compilation “krrrbrrrtztzrrrr 01” and in 2008 are released 2 special tape editions from the series -ThruAnalog- “Astellarnoise” e “Futuristchicken”. He plays live in many cities: Rome ,Milan ,Torin and in Berlin he opens the Schlagstrom anniversary before Alec Empire. He's featured in the ItalianBodymusic compilation and in the Sandblasting rielaboration project “DNAmutation”.

. As drummer, he plays in every kind of musical project, both live and in studio, from jazz to rock. In 2005, with Jacopo Bazzarri (vibes) e Francesco Fabbri (Hammond organ), he starts the Vibrham trio, and in 2006 he records the trio's first CD, “Vibrham”, internationally distributed and featuring some of Massimo's own compositions . He plays with the Di Pace-Katchmarek-Discepoli, which placed 2th at the 2007 edition of “Assisi Musical Contest”. In 2005 he starts studying piano, and since then he begin composing his own music In 2007 he creates the Nheap project. Under this moniker, he compose and plays his own music, whose is a blending of jazz, electronic, rock, avantgarde and experimental. The first complete album , Realight, was released in Settembre 2008 on the Musicaoltranza label. Various tracks are included in some compilations, releases by the same label. In 2009 he release his second album, Skymotion, on the Acustronica label. Both album are positively reviewed by italian and international press, and the “Hldrrr” is featured as “Today's free MP3” on the famous jazz magazine Allaboutjazz. The whole album was also selected as one of “The Best Albums of 2009” by Leonard's Lair and as one of “The Best Instrumental Albums of 2009” by Hold the Throne Nheap's music is also used, through licensing, by some companies (ie. Samsung) In the same year he starts the Nunun duo, with Cesare Discepoli (guitar, synth), and the first album, including acoustic end electronic improvvisations, is coming soon on Acustronica. Nunun are collaborating with Giorgio Pinai (horns), on the L.E.D. trio; this trio works mainly playing realtime an improvised soundtrack to some classics movies (ie, some movies directed by Luis Bunuel). Massimo Discepoli also teach drums both in schools and in his studio Show less

Nunun band/orchestra
(”Impromptu”) “30 minutes of brilliant music cut up into five juicy hunks. This is music to listen to when life crowds in on you. You need this. It’s wide open.” The Voice Magazine

On air on SomaFM

On air on Radio Popolare

Podcasted on A Ultima Fronteira Radio 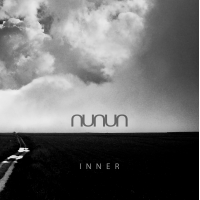 Perfection of all things

The Dark Night of the Soul

All About Jazz musician pages are maintained by musicians, publicists and trusted members like you. Interested? Tell us why you would like to improve the Nunun musician page.