Old Time Musketry presents a joyous music that draws on the exuberant spirit of early jazz, the poignant melodies and soulful grooves of rock and folk music, the energy and spontaneity of free improvisation, and a willfully experimental attitude towards combining these elements into a unique vision of American music. Old Time Musketry joined forces in early 2009 in Brooklyn and has been developing their unique sound by performing widely in the New York area and around the Northeast.

Born in Portland, Maine and educated at the New England Conservatory in Boston (where he studied with Steve Lacy, Bob Brookmeyer, and Joe Morris among others), saxophonist and clarinetist Adam Schneit has been a vital presence on the New York music scene since moving to Brooklyn in 2006. Aside from sharing the stage with jazz legends and up-and-coming originals such as Lacy, Drew Gress, Eivind Opsvik, George Schuller, and Jacob Sacks, Adam has contributed his voice and wide-ranging aesthetic to the work of singer-songwriters Heather Masse, Sofia Koutsovitis, and Noam Weinstein. His roles as both leader and sideman have brought him from Lima, Peru (Lima International Jazz Festival) to Aspen, Colorado, to tours of the Northeast and Midwest with several bands.

Drummer Max Goldman is an active musician based in Brooklyn’s fertile music scene. He spends much of his time touring Europe, the US and Canada with a diverse line up of artists. Whether it is with The Danny Fox Trio (Songlines), Tim Berne, The Elan Mehler Group (Brownswood Records) Midnight Magic (Permanent Vacation), Jessica 6, Basement Magic, Old Time Musketry or Aella, Max brings a unique sound and sensibility.

JP Schlegelmilch is a Brooklyn-based pianist, accordionist and composer. Born in New Hampshire, JP was drawn to the vibrant music scene in New York City which offered an environment where he could pursue his many different musical interests. In addition to Old Time Musketry, JP plays with the acoustic trio Minerva, which released its debut recording on Between the Lines Records in 2011; and the experimental rock group NOOK whose debut album was nominated for an Independent Music Award in 2009. JP has performed with renowned improvisors such as Tim Berne, Oscar Noriega, and Loren Stillman, and also frequently plays with rock groups and has toured the country with the chamber-pop group The Silent League, and the indie rock singer Abby Payne.

Phil Rowan is a Queens-based double bassist. He began taking formal bass lessons at age 13 and performed on occasion with drummer Bob Meyer while in high school. After studying extensively with Dennis Irwin at Purchase College, Phil moved to New York City to be part of its diverse music scene. In addition to Old Time Musketry, Phil plays in singer – songwriter Kjersti Kveli’s group, which blends folk rock with contemporary classical and improvisation, and has performed with Martin Urbach’s Quintet for World Peace and in duet with singer – songwriter Pamela Means. Phil is also currently pursuing his master’s degree in classical double bass from Stony Brook University. Show less 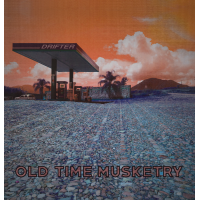 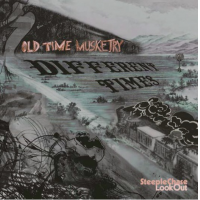 From: Drifter
By Old Time Musketry

All About Jazz musician pages are maintained by musicians, publicists and trusted members like you. Interested? Tell us why you would like to improve the Old Time Musketry musician page.