Otis Sandsjö, know for his physical, yet melancholic style of playing, has in recent years grown to become one of the more sought after young saxophonists on the European proggressive jazz and pop circuit.

He's running his own projects Y-OTIS (SE/DE/AU) and otis sun (SE/LUX), is a leading member of the bands LUCIA CADOTSCH SPEAK LOW (SE/CH), Farvel (SE/NO), GADJOS (SE/DK) as well as composed and performed the solo saxophone music for the piece BABY IT`S YOU, NOT ME, with the dance/performance group THE MOB (DK/SE)

He also curated the spatial concert installation “; haunted by music” 2016 and hosts the concert series “Bastujazzen” in Göteborg, Sweden. ​ Awards ”ECHO JAZZ 2017” (German Grammy Award) for the album 'SPEAK LOW' The Swedish National Radio award “Jazzkatten - Newcomer of the Year 2012” Winner of “Young Nordic Jazz Comets 2010” Nominated to “Newcomer of the Year 2013” at the Swedish Folk and World Music Award 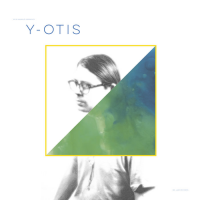 All About Jazz musician pages are maintained by musicians, publicists and trusted members like you. Interested? Tell us why you would like to improve the Otis Sandsjö musician page.