Trombonist Oscar Utterström plays his horn with a warm and sensitive tone. Mixing straight ahead jazz with elements of rock and electronica, the Oscar’s music is the ultimate experience in improvised music. Oscar's writing mixes his Swedish roots with the American and world music, giving the finished product a unique sound. To top things off, the use of electric trombone and a DJ makes this group one of the most exciting groups on the scene today. Their second CD Departure was released in March of 2012.

Oscar is also an active arranger, having written horn arrangements for many different artists including My Morning Jacket (Bonnaroo and New Years Eve at Madison Square Garden), Canadian superstar Johnny Reid (recordings, live DVD), and Nashville Jazz Orchestra. Oscar started playing the trombone at the age of ten. He began his musical career at the music school in Växjö. When Oscar was twelve, he moved with his family to Belgium where he continued playing in various bands, including blues bands, concert bands and fanfare orchestras.

Oscar studied trombone at Boston’s Berklee College of Music, where he majored in Music Business/Management. While at Berklee, he was mentored by the likes of Phil Wilson, Hal Crook, Jeff Galindo, Tiger Okoshi, Lin Biviano, and Charles Lewis.

Today, Oscar is very active on the music scene in the southeastern US. Internationally he has performed in Canada, China, South Korea, and Europe. As a freelance trombonist, Oscar has had the opportunity to perform with acts such as Kelly Clarkson, Johnny Reid, the Temptations, Wycliffe Gordon, Jeff Coffin, David “Fathead” Newman, Nils Landgren, Kirk Whalum, the Four Tops, My Morning Jacket, and the Diamond Rugs.

”Home moves in a sofisticated jazzrock, electronic sphere and surprises in its musical solutions......Utterstrom has an outmost elegant, graceful tone, which he manipulates, turns inside out, and challenges throughout the album. Oscar Utterstrom has an unpredictability that is very pleasing.... - Ulf Thelander, Orkester Journalen (Sweden)

- "So you graduated...now what?" A music business master class on how to be a freelance musician in today's society. - How to utilize electronic effects in your playing. - Brass playing fundamentals/daily routine incorporating improvisation. - New Orleans 2nd line style

- "So you graduated...now what?" A music business master class on how to be a freelance musician in today's society. - How to utilize electronic effects in your playing. - Brass playing fundamentals/daily routine incorporating improvisation. - New Orleans 2nd line style. Featuring master class by Halfbrass. 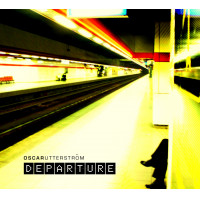 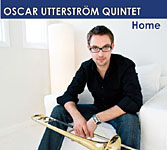 All About Jazz musician pages are maintained by musicians, publicists and trusted members like you. Interested? Tell us why you would like to improve the Oscar Utterstrom musician page.