Born in Athens, Greece in 1962. Prior to moving to the U.S. in 1985, performed in small jazz groups while pursuing a degree in Economics. Earned BM and MM degrees in music from Boston's New England Conservatory while studying with Paul Bley, Jimmy Giuffre, George Russell, Dave Holland and Joe Maneri (composition) among others. Studied and performed extensively the music of Thelonious Monk and Lennie Tristano and in 1991 compiled a collection of all of Monk's compositions.

In the last twenty years mostly led or co-led groups whose recordings have often been voted into reviewers' top-10 lists in magazines such as Coda, Cadence, Jazz Times and Jazziz. Performed and recorded with Mat Maneri, Joe Maneri, Ken Vandermark, Tony Malaby, Michael Formanek, John Lockwood, Randy Peterson and Guillermo Gregorio among many others. Numerous performances at festivals and clubs in Europe and the United States. Recordings appear on labels such as Leo Records, Hat Art, Clean Feed, Nuscope, Boxholder, Okkadisk, Cadence, Accurate, Leo Lab, Ayler and HatOLOGY among others.

In the nineties worked closely with violinist Mat Maneri producing several recordings on Leo Records mostly in duo format, but also featuring Tony Malaby, Michael Formanek, Joe Maneri, John Lockwood and Randy Peterson. During the same time also co-led a group featuring much of the Tristano repertoire and originals with which, two CDs were made and a trip to Europe in 1997 as well. Also, in 1998 released first trio CD “Heart And Sack” to wide critical acclaim (among others it was featured on National Public Radio's program Fresh Air).

A new quintet album, System of 5, featuring all original compositions and arrangements,has just been released by hatology. Also in the spring of 2011, a quartet album featuring Dave Rempis, Forbes Graham and Luther Gray will be released on not two records. Show less

Pandelis Karayorgis Jazz Trio at the Lily Pad in Cambridge on...

”Over the course of nearly 20 years and approximately that many recordings, Karayorgis has established himself as one of the singular, and significant, pianists of his generation.” Art Lange

“ ... by this stage, Karayorgis has developed a powerful piano language of his own and this is its definitive statement to date.” The Penguin Guide To Jazz Recordings, (8th Edition) in reference to solo piano CD “Seventeen Pieces” (2004). 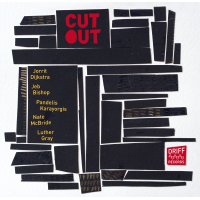 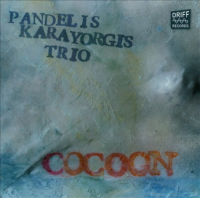 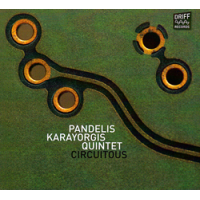 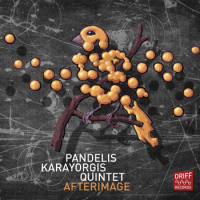 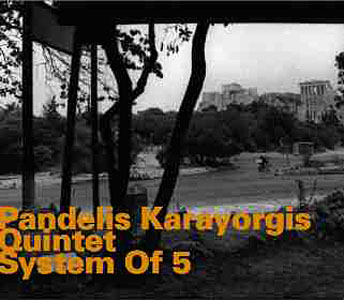 From: System of 5
By Pandelis Karayorgis

All About Jazz musician pages are maintained by musicians, publicists and trusted members like you. Interested? Tell us why you would like to improve the Pandelis Karayorgis musician page.