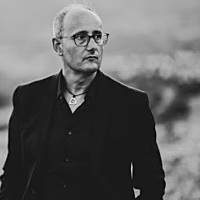 Mediterranean Tales may stem from specifically Italian-Argentinian roots, but its appeal should be universal. After all, good music, so beautifully played, recognizes no borders.
—Ian Patterson, All About Jazz

Pianist, composer and arranger, he graduated in Classical Piano in 1994 and in Jazz in 2000 at “Umberto Giordano” Music Conservatory in Foggia (Italy). He has also a Degree in Economy with Marketing specialization, at University of Foggia in 2004.

He is Professor of Piano Jazz at “Luca Marenzio” Music Conservatory in Brescia (Italy).

He also collaborated with the Italian very famous actors Michele Placido and Giorgio Albertazzi and with Magna Grecia Orchestra and Bari Metropolitan Orchestra.

PRODUCTION: 2020. “Mediterranean Tales” with the DUO project with Gianni Iorio on bandoneon, released in January by German label Enja Records. The album contains six original compositions. It’s available in all shops and on Spotify, iTunes, Google Music, Yandex and many others.

2016. “Nocturno” recorded with DUO project with Gianni Iorio on bandoneon released in May by prestigious label ENJA Records by Matthias Winckelmann. Liner notes of album are written by Oscar Award Luis Bacalov.

2016. His composition entitled Milonguita has been arranged and recorded by the famous cellos ensemble “12 Cellist der Berliner Philharmoniker”, all members of the most famous Orchestra, in the new album called “Hora Cero” released by Sony Classics. The album contains compositions by Astor Piazzolla, Horacio Salgan and Pasquale Stafano.

2005. “A night in Vienna for Astor Piazzolla.”a live CD recorded in Porgy & Bess jazz club in Vienna, produced by the prestigious Italian jazz label PHILOLOGY. The CD has been positively reviewed by the most important music magazines in the world.

Every album has been reviewed by a lot of International Music Magazines all over the world like Suonare News, Musica Jazz, Jazzit, All about Jazz Italy, La Repubblica, Jazz Collective, Jazz Convention, Jazzitalia, Jazzthings, London Jazz, Oasi Walk, Jazz podium, Songlines UK, Amadeus, Jazz Rhythm, Cuadernos de Jazz, Nestor Minsk and many others. His composition “El compadrito” was selected and included in a CD compilation with the best jazz composition by Apulian composers called “Pugliasounds 2012”.

In December 2014 he composed and arranged together with korean composer Jungbum Kim two compositions for movie soundtrack “Chronicle of a blood merchant” by Ha Jung-Woo released on 15th of January 2015.

TEACHING AND OTHER ACTIVITIES: Pasquale Stafano is a teacher in piano jazz and classical, composition and arrangement in several Public and Private High Schools and Conservatory since 1998. His students won several prizes in national and international piano competitions. He held workshops and masterclasses at Nuniversity in Italy, South Korea, Switzerland,Taiwan, Hong Kong, China and Thailand. In 2011 and 2012 he was invited for a live performance for six times as musical guest in the TV show “I fatti vostri” on RAI 2, one of main Italian TV channels. He was invited for interview and live performances at “Suoni d’estate” (“Suoni d’estate”) at RADIO RAI 1 and “Fahrenheit” programs and Radio RAI 3, on MBC Radio Seoul, one of the most famous radio program in Korea, he had a live performance and interview with Mr Bae Chul Soo. He had live perfomance and interviews also in MBC Radio Daejeon, MBC Radio Busan and EBS TV in South Korea.

He is the founder and Artistic Director of “Stornarella International Music Festival” in Stornarella a city in South of Italy since 2010. Show less

“We are dealing with two excellent musicians, capable of declining any verb. The Day Is Gone Mediterranean foam, passion, strong smells. Passion that is heard in the period of the two musicians “ Recensione Rivista Musica Jazz di Alceste Ayroldi

“These” Mediterranean Tales “are a proof of maturity: on the thread of six original compositions far from any idea of cast, Buenos Aires becomes a Mediterranean city and music is filled with languor of sea and wind sailing between melodies and improvisation.” Corriere della sera di Fabrizio Versienti

” Stafano's solos flow with elegance and precision.” All About Jazz - USA by Ian Patterson

“We are dealing with two excellent musicians, capable of declining any verb. The Day Is Gone Mediterranean foam, passion, strong smells. Passion that is heard in the period of the two musicians “ Recensione Rivista Musica Jazz di Alceste Ayroldi

“These” Mediterranean Tales “are a proof of maturity: on the thread of six original compositions far from any idea of cast, Buenos Aires becomes a Mediterranean city and music is filled with languor of sea and wind sailing between melodies and improvisation.” Corriere della sera di Fabrizio Versienti

“The music of these duos always telling stories in a different way. I highly recommend you listen.” MM JAZZ Magazine KOREA by Pianist Kim Ji-sun

“In this album what dominates is beauty. The beauty of their compositions, aesthetically impeccable” Diskory Xeion - Cyprus

“An album that has a balsamic effect on the soul. It needs to guarded ealously” Strumenti e Musica - Stefano Dentice 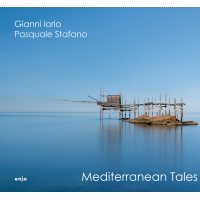 From: Mediterranean Tales
By Pasquale Stafano

All About Jazz musician pages are maintained by musicians, publicists and trusted members like you. Interested? Tell us why you would like to improve the Pasquale Stafano musician page.